Is Viral Marketing Better Than SEO? 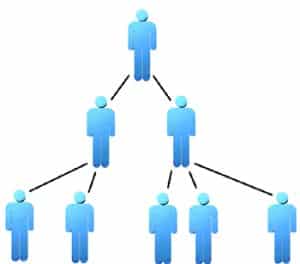 I read recently that some think viral marketing is better than SEO, because it’s fuelled by recommendations, ignited and guided by users and their friends. Like a grass-roots movement, viral marketing can spread like wildfire and generate more traffic to your site than traditional SEO. Is that true? Does that mean SEO is obsolete and we all should be working hard to create as much viral marketing as possible? The answer, I think, is…maybe.

First, I don’t think SEO is obsolete. Granted, it’s changing form and moving with the trends of the marketplace and the Internet (Web 2.0 as prime example), but the traditional methods and practices of SEO – content writing, article submission, web submission, link building – are still as potent and practical as before. They work, and they will continue to work for a long time to come.

They are the foundation and starting point for any SEM campaign. Regardless of what other tactics are utilized, search engine optimization is of extreme importance. It combines with social media optimization and social networking to form a power-packed punch that sends your traffic soaring.

In terms of political campaigning, SEO and SEM can be thought of as the TV advertisements, the press releases, the interviews, the visits and the debates – all the traditional forms of campaigning that have worked for so many politicians in the past and present. Yet, there is another type of campaign that most resembles viral marketing: the grassroots, word-of mouth movement.

As seen in the last campaign for the Presidency, grass-roots movements can be extremely effective in gaining notoriety, fame and acclaim. Through word-of- mouth and, now, the online social networking, popularity can grow faster than ever before. This is, in essence, what viral marketing is. It’s spreading awareness for a website through referrals and recommendations.

There are many forms of viral promotions to stimulate talk. They include video clips, eBooks, interactive Flash games, text messaging and brandable software; all of these attempt to pique the interest of a consumer and satisfy them in ways to not only bring them back, but also bring their friends. Think along the lines of funny videos (all the SNL digital Shorts) or addicting games (Orbitz).

Though viral marketing has proven to be effective and looks to continue being effective, it can’t be said to be more effective than SEO. However, it can’t be dismissed either. Thus: maybe. If an SEM campaign uses both SEO and viral marketing, then it will decidedly work. The two don’t stand in contrast, but can work together. My recommendation, though, is always to start with SEO and then add other marketing strategies, including viral.

X
Global SEO: Localizing Content in the Global Marketplace…BrandingFor some time, SEO has been expanding into the global marketplace, targeting multiple countries in order to gain more international traffic and a larg…

Is Viral Marketing Better Than SEO?

2 min
X
Recession-pressed SEOSEOThe recession is in full swing and budgets are tightening. Businesses are spending less because they have less to spend, and companies that provide se…