When Social Media Attacks: The Over Eager Socialite 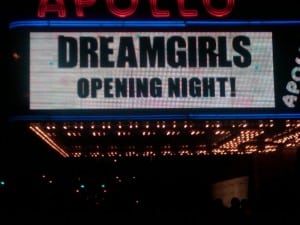 The Over Eager Socialite (def.) – The over eager socialite started with social media because they were told it would help their business. Things went downhill from there.

Now, they attach themselves to anyone. They follow anyone who hasn’t blocked them first. Upon following, these social media stalkers then proceed to track down every social media account the individual may have and connect with them.

To these individuals, social media becomes their diary. They share what they had for breakfast, lunch, dinner and bedtime snack. They talk about their broken relationships, their business relationships, clients gone wrong and friends gone bad. Their lives are open books for anyone to read.

Over eager socialites have several social media accounts. They don’t distinguish between platforms that people use and/or respond on, versus those with little traffic. If they post on Twitter, they send their tweet out across the multi-platforms and wait eagerly for someone to respond.

In fact, they spend so much time on social networks that they have little time for other activities. They’re called the Twitterholics, the Facebook Freaks, the Amplify Addicts, and have mood swings based on how many responses they get from a post…

Are You an Over Eager Socialite?

– And, in an online world where social media is pushed to the extreme, what’s so bad about that?

Well, let’s start by asking a question: why are you using social media? If social media is there to win friends, you can share pretty much anything you please. However, if you’re a member of the “social media for business” party, it’s time to rein it in.

I don’t care what your momma told you. Sharing is only for the select few. In this case, the “select few” is anyone who might be interested in your business. The world doesn’t care that sheetrock can be bought in 3/8 inch, ½ inch and 5/8 inch thicknesses. It couldn’t care less about the difference between insulated and water resistant.

So who cares? Home remodelers care. Home builders, do it yourself fixer-uppers and general handypersons care. These people are the ones you should be sharing this information with. Why? Because, they’re the ones who will remember that you seem to be pretty knowledgeable in this stuff, and just might be the person to go to if they need to buy whatever it is you’re selling.

Your general, run-of-the-mill handy persons may not be (gasp!) on Facebook. They might not be on Twitter. In fact, most of them may very well be hanging around the water cooler at YouTube, just waiting for your fantastic video about sheetrock.

Whom are you talking to? Do you know them? Do you know what they do? For that matter, have you been sending out tweets to dead accounts? Have you been knocking on doors where nobody’s home?

Listen. You’re building a community – and since it’s your community, why wouldn’t you spend the time to make it grow into your own little online utopia? You don’t have to live next to empty houses (blank, dead accounts), deal with pushy, rude people (spammers) or anything of the sort.

You don’t have to invite everybody. Besides, people are more likely to want to join a club if they find out it’s selective.

Pull up ManageFlitter.com on your browser and sign in with your Twitter account. Find out who you’re following that’s really worth following. Especially with social media accounts, who you hang with counts, and the people you follow show up in your timeline. This means, if you happen to be following someone who posts a lot of racist, slanderous, crass stuff, it will reflect on you.

So pull up your following list. Look at the last time they tweeted. Has it been awhile? A few months? A year? Hey, look, sometimes things happen and people take a hiatus. However, if it’s been over two months, you just might think about dropping them off your list.

Look at their latest posts. Is it good information? If you’re not certain, look up their timeline on Twitter. If it’s all stuff about them, is it worth continuing to follow them? Is this somebody you want to promote by putting them in your timeline? If not, it’s time to play Ditch the Dodo.

Okay, so the fantastic thing about touted about social media is that it turns a “business” into a “person”. Your customers get to engage with you on a personal level, right? Right. However – and this is a big but – your customers probably don’t want to know that you wear Hanes over Fruit of the Loom (unless this information is related to what you’re selling, of course).

They don’t want to know you’re currently drinking a latte at Starbucks or perusing the menu at Applebee’s. In short, there’s such a thing as too much information. Yes, you can be too personal. You’re a person, but you’re a person running a business. It’s a fine line; a fine line you have to walk to succeed.

Figure out where your line should be, and then draw it. And then don’t step over it. Not even a little. No, lines are not made to be crossed, and, for the most part, rules aren’t made to be broken. Talking political affiliations or religious beliefs can alienate potential clients. So can sharing your choice of underwear.

X
Hunting for the Perfect Social Networking Platform – When HootSuite Sucks…Social MediaMany people spend time talking about what you say when you’re using social media. This isn’t one of those posts. This is a post about what you use…

When Social Media Attacks: The Over Eager Socialite

4 min
X
To Quora or Not to Quora – That is the Question…Online MarketingAs a woman with many hats, I’m always interested in new programs, platforms, sites and information. Therefore, anytime something new comes along, I …