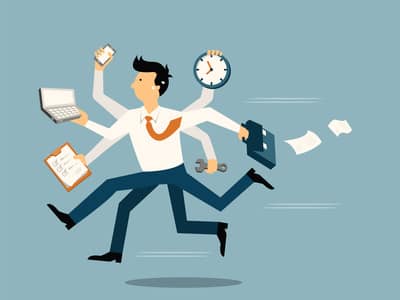 It was down to the wire. We needed a big boost in traffic and we needed it yesterday. Everyone waited impatiently as the boss read over the copy; the copywriter rubbed her raw fingers, staring down at the still smoking keyboard she had ruthlessly pounded in a race against the clock. The optimizer, bouncing on her toes, stared at the boss and chewed a fingernail down to the nub. The boss gave a quick nod. “Send it to the client.”

With a sigh of relief and the first line of approval passed, the copywriter jabbed out a quick email, attached the copy and sent it flying through the lines. Leaning back, she gave a half-hearted grin to the optimizer, who switched to destroying another nail.

I like the tone and the information. It’ll spread like wild fire – but what about the keyword density? I think you could fit “Kansas city real estate law firm” in there at least 10 more times. And don’t split it up. I want at least 10% density for the whole term. Nobody will notice.

…the bane of existence for many an optimizer and copywriter. Somewhere, somehow, people got the idea that there is some magic number for the times a keyword should be used in a piece of copy. The idea has stuck. Oddly enough, they apparently haven’t found out what the actually number is, however, because everybody seems to have a different percentage.

What is keyword density

For those that don’t know, keyword density is a percentage value, based on the number of times a key term is used vs. the number of other words in a piece of copy. The “talked about” density ranges from 2% to 9%, depending on who’s doing the talking. To give you an idea of what that looks like, consider this:

At an 8% density, a single keyword would have to show up eight times in a piece of content approximately the length of the first two paragraphs of this article. Eight. Times. Now, you might think, “well, a single word… that’s not so bad”, but what if it’s actually a key term?

When the idea of keyword density became big for a while, we had clients who wanted a high keyword density percentage for terms like real estate law firm and used car deals. Trust us when we say, no matter how good the copywriter is these words will not look natural used several times in a single piece of content.

A while back, we wrote a post about organic content. In the comments, a reader said, “I don’t quite understand the phrase ‘Sacrifice SEO before you sacrifice the content quality’, could you elaborate?” This question ties in perfectly with this article.

We don’t, and never have, advocated any type of crappy content. This includes keyword stuffed articles. High quality articles retain more traffic, every time, than a bunch of overly SEO’d content.

By “sacrificing SEO”, we mean don’t choose SEO over user experience. In this case, it means don’t be so worried about keyword density that you forget someone is going to read your article. Don’t use a keyterm again just because there’s room for it. Your readers will notice, will consider the copy as content spam and will not stick around for more.

Never force the usage of a term. Let the words flow like music, baby, and let your readers dance to the tune. One commenter summed it up this way, “…if you’re in a situation where you could put out lower-quality content that would rank better, or have a better quality article that might not “rank” as well (due to lack of spammy keywords, etc.), you should put out the better quality article. Your audience and the Internet will thank you.” 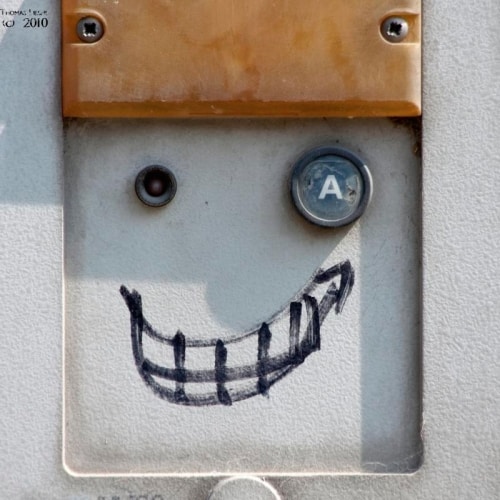 Don’t scoff, it’s really not. It doesn’t matter how much traffic you get, none of it counts unless you retain at least a portion of your visitors. That’s the idea behind organic SEO – to bring in, and retain, visitors. Because:

Guaranteed, these same people who could become word-of-mouth cheerleaders, will ignore you if you spin out spammy content. Even those that don’t recognize keyword stuffing and don’t know anything about SEO… they may not know what it is, but they know bad content when they see it.

If you’re writing articles and blogs about your topic, key terms will naturally show up in the copy. It just happens that way. If you can’t figure out how to “fit them in”, you need to change the focus of your article. Because, yes, Virginia, people will notice when you force keywords to fit. Keyword density is just another number. If you worry about it too much, you could end up killing your content and, ultimately, your traffic.[/fusion_builder_column][/fusion_builder_row][/fusion_builder_container]

X
4 Reasons Your Content Marketing Strategy SucksContent DevelopmentSo, you broke down and paid for a course. You learned that content marketing is the wave of the future and that with great content your profits will e…

4 min
X
Evaluating SEO and Marketing Software – #1 Doesn’t Mean the Best Product…Online MarketingAnyone who's heard about the miraculous, site saving service known as SEO has eventually researched it online. Anyone who's researched it and has had …