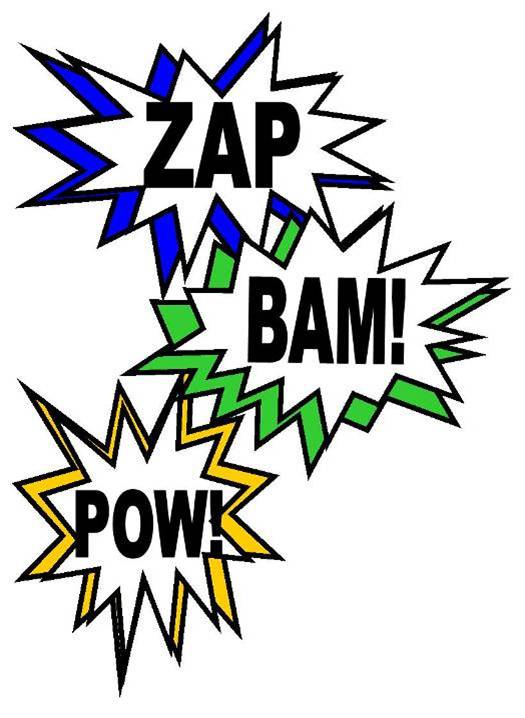 So, Google comes up with this fancy “Plus” thing. Everybody rushed to take a look-see, only to be locked out as the big G slammed the doors on the masses to slow the flood to a trickle.

The first week was like a Black Friday rush on sales. For the first time, iPhone users frowned at their fancy gadgets and longed for an Android just so they could use the brand spankin’ new Google + app. G+ invites were being sold on eBay for a paltry $25 – $100 (depending on the seller), guaranteed immediate delivery*.

In the First 24 Hours, Speculations, Facts and Fallacies Run Amuck

Over 18,000 pages showed up on the Internet in the first 24 hours that specifically spoke about Google’s new baby. Topics were varied:

The Wall Street Journal wrote a short piece about Google’s Facebook copycat, saying the company “appears to like crushing the dreams of soon-to-be-public tech companies.”

ReadWriteWeb offered up a piece after scoping out Google’s new social digs, calling Plus “really cool” and a “super ambitious effort”. The well-written initial Google Plus review by Marshall Kirkpatrick is a basic once-over. Interesting to this reader was the fact that he ended it with, “Can you imagine hundreds of millions of people leaving Facebook for this and sticking with it? That’s a very tall order.”

-And who wouldn’t expect Mashable to throw in their two cents? They did, with a piece called, “Google’s Latest Social Network – Google Launches Google + To Battle Facebook”. Again, it’s a great “once over”, with comments interspersed throughout from Vic Gundotra (G’s senior vice pres). Again, the most interesting thing is the mention of G+ as Google’s answer to Facebook.

“No matter what Google says, Google+ is the company’s response to the rise of Facebook. The two companies are in heated competition for talent, page views and consumers. While Google controls the search market and has a strong presence on mobile with Android, it hasn’t been able to crack the social nut.“ [/fusion_builder_column][fusion_builder_column type=”1_1″ background_position=”left top” background_color=”” border_size=”” border_color=”” border_style=”solid” spacing=”yes” background_image=”” background_repeat=”no-repeat” padding=”” margin_top=”0px” margin_bottom=”0px” class=”” id=”” animation_type=”” animation_speed=”0.3″ animation_direction=”left” hide_on_mobile=”no” center_content=”no” min_height=”none”][emphasis ours]

The Washington Post talks about it taking aim at Facebook. Gawker.com says G+ swears it’s more trustworthy (than FB, of course!), while Business Insider says it’s just like everything else and no big deal.

Now That Everyone Has Weighed In…

Everyone seems sure that Facebook’s death is Google’s goal in launching G +… or maybe it’s Twitter… or maybe Skype. It makes sense in a way, right? After all, social seems to be one of the few corporate pies Google consistently missed and had yet to get its proverbial fingers in, doesn’t it?

Well, now that everyone has weighed in with the “Facebook killer” theory, let me ask a question:

If G+ is only to kill Facebook, why make Google employees bonuses dependent on the success of this venture? Is it just about ad revenue percentages? eMarketer.com predicts FB ad revenues to reach 21.6%, while Google’s is expected to be at a paltry 12.6%. – But is this the only reason for Google Plus?

In an article discussing the ad revenue forecasts as well as the introduction of Google’s +1 button, Mashable’s Jolie O’Dell begins to open up a slightly different point of view. “Google’s +1 may pit the search giant against the social network in four key areas,” she writes. The top key area is “New User Acquisition”. Keep in mind – this is a full three months before Google Plus was announced:

“Making a Google Profile a requirement for those addictive little +1 buttons is a smart move on Google’s part. It may not match Facebook’s 500 million-strong membership when the feature rolls out to all users, but it has a good shot at vastly increasing levels of profile adoption.”

+1 rolls out and people (somewhat) just shrug and go on. Too similar to Facebook’s “Like” button, with nothing really attached to it. Oh – right, except that Google profile you have to have if you want to use the +1 button…

In a one-two punch, Google then lays out G+, which, incidentally, connects +1 buttons and Google profiles. Don’t forget that there are now more Google profiles than there had been, due to the +1 implementation. –And, for those that didn’t care enough about +1 to get a profile, there’s now G+, which also needs a profile to use.

…and a Slightly Different Point of View

At this point, more people have Google profiles, and more people are using their previously dusty profile, in order to participate on G+. Plus gathered 10 million users in 2 weeks, by the way, and is currently serving up more than 1 billion items per day.

Although this is a “never seen before” statistic, it isn’t the true success of Google Plus. So, what is? Feast your eyes on the following three comments plucked from the SERPs (on Google):

+Tom Anderson: “In the past, I’ve used Google Docs mainly because I wanted web access to files. I’ve never collaborated on it, and now I’m hooked on doing that. Google+ is making me use Google products that I formally only had a slight interest in. In the past week, I’ve started to toy with Blogger & Picasa. Why switch to Gmail, I used to think? Yahoo will do just fine. I’ve been using Gmail more and more.”

+Dominique Johnson: “This is pretty cool! I must say I have found myself using Google more & more since I got on my G+ platform.”

@orli : “Also I must say that Google Plus excites me because of the extensive options and its future connection to other Google services (Gmail, Calendar, Places, etc).”

Finally, let’s read a little of AllFacebook.com’s post, “The One Google Plus Feature Facebook Should Fear”. Author Nick O’Neil opens the post with, “I’ve found the one feature that could take away from Facebook where it’s most dominant: Time on the site.”

However, here’s the really important “take away” from Nick’s post:

“To be honest, my gut reaction after using Google Plus was initially, ‘Why on earth would anybody switch to this from Facebook?’

However, when I loaded up Google Finance as I do every morning, I suddenly realized that I was asking the wrong question. The reality is that users won’t have the option of not using Google Plus.

Google already has more users than Facebook, over one billion. They aren’t going to suddenly leave Facebook in droves, they’re just going to spend more time on all the sites in Google’s network. That big notifications box in the top right of all Google sites is the reason why.”

So What Is Google Really Aiming For?

Humans are intrinsically lazy – as in, most of us will willing adapt if that adaptation is easy. With Google + and “ease of use” in mind, please follow this last thought trail:

From within G+ Hangouts, you can:

From within G+ Circles you can:

From within the G+ Mobile App, you can:

From within G+ Photos, you can:

In short, Google is swiftly integrating a large amount of its products into its new social networking productivity platform. It isn’t Facebook that needs to be watching its coat tails. It’s Microsoft. It’s Apple. It’s every productivity suite you’ve ever come across.

For those that need visual convincing (i.e. pictures), we came across this great presentation on, you guessed it, G+. By +Vincent Wong, It’s also a fantastic example of how a presentation can be created and shared. 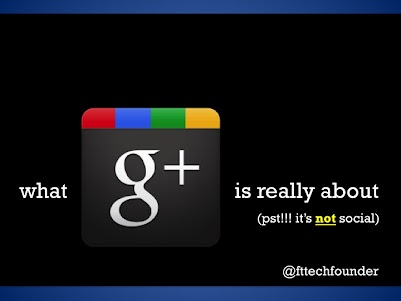 The little black bar at the top of the screen takes you to your:

You can use it for shopping and quick checkout, for finding recipes, for finding sales and researching scholarly write ups. It’s a single click from your Blogger blog, or photo editing on Picnik. With Fusion Tables, you can create data maps and charts. In short, there’s a lot you can do with Google, and it’s all connected to G+.

X
As Google+ Floods the Internet, Other Updates May Be Missed…SEOThe social world has been on fire since June 28th. Google Plus posts, tweets and chats are pouring steadily into the social sphere at a steady pace, a…

7 min
X
Lead Generation Through FacebookBrandingAfter all the Google Plus hoopla (and a few posts of our own), it seemed only right, fair and equal to spend a little time on Facebook. Of course, it …