I’m not sure what’s happened since 2012 started, but social networking use has exploded. I see it in Twitter, Facebook, Tumblr, Scoop.it and, yes, Google+. I don’t care what the news media is saying; regardless of how much Google skew’s their numbers, I can tell you as a user of all the above platforms that social media is huge.

I now have over 2,800 Google followers. Twitter has exploded to 8K+ and Facebook, even though it’s never been our strongest platform, has over 500. The reason I’m telling you this is because it’s become apparent that a lot of new people are joining us in social.

As a business that offers an array of SEO services, our main objective is to listen, watch, learn and communicate. When a client comes to us and says, “Our social accounts aren’t doing very well,” we can, with accuracy, provide them with competent information.

Here’s the problem. Although we look at our company as a full service SEO company, or even professional SEO specialists (in other words, something to do with SEO), we’ve been referred to as one of the ORM global specialists (remember how we talk about perception?). This lowers the amount of anonymity we might otherwise have.

So… although I’ve seen such an explosion of crap across social networks that I’m tempted to be publicly rude sometimes, I can’t. What I can do, instead, is write a guide:

Okay, so maybe the title is a little bit heavy, but I hope this just adds more weight to how important I think the following tips are.

You can’t just post your stuff all day long. If you do post things of your own making, make sure you mix it up with retweets, conversation and being yourself. Don’t be a self-proclaiming tweeter!

2. Fill out your profile with a picture and description.

Look – I’m not saying I have to see your face, but at the very least, please, not those freakin’ eggs. Give me a dog to look at, I’ll be happy with that, but I’m tired of looking at bird eggs. For the description, it doesn’t have to be an intense bio. It could just be something that speaks of who you are, like “loves black coffee, small puppies and Twilight”. I’m not looking for tons of info, but there has to be something that calls me to follow you. An egg, a user name and nothing else isn’t enough.

3. Unless you have a very, very good reason to, don’t set your stream to private.

This is like inviting people to a party and then telling them they aren’t welcome. Why would you do that? Some do it because they think it makes them “cool”, but it doesn’t impress anyone. Not only that, but I won’t follow you if I can’t easily RT your stuff, or read your feed prior to clicking “follow”. If you’re trying to promote yourself or business on Twitter, setting your stream to private won’t work.

I don’t mean have your Twitter feed posted; I mean, include a Twitter share button. Add a link to your Twitter account that people can use to follow you if they want. I can’t tell you how many articles or posts I’ve seen people write about social networks, yet they don’t have a share button on their site. Seriously? And I’m supposed to believe you because… why… you’re such a shining example? 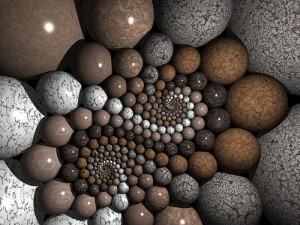 Take the time to connect the dots across your website, marketing and social media efforts. It will pay off.

5. Be careful when you retweet compliments.

If someone sends you a compliment and it makes you feel warm and fuzzy, that’s great. That doesn’t mean the compliment will make those who follow you warm and fuzzy. If you aren’t careful, it can look cheesy, desperate and tawdry. Can you imagine if you gave a friend a compliment, they taped it, and played it every time someone looked in their direction?

We’ll find out how great you are. Instead, respond to the compliment with a “thank you” or variations thereof. If we’re interested, we can see what you’re responding to. If you absolutely can’t resist and MUST make sure others saw it, then at least include your thank you in the RT. “Thank you so much! @complimenter –’compliment'”

6. When you use #FF and #FollowFriday try to do it manually.

I can’t tell you how irritating it is to see that FFHelper picks the names for you. How can an automation – a machine or program – decide who you enjoy following?  It shows no forethought and a severe lack of connection. Worse yet, you’ve made it apparent to everyone. Even if you only give 5 #FF a week, those are important. You took the time to actually say in 140 words why that person is important to follow.

7. Do not start an argument on line.

Not only does it have a bad reflection on you, but also anyone you’re associated with – including your company. If you must make a point, take it into private (also known as a DM or Direct Message). If they’re not following you and you can’t let it go, quickly and succinctly state your case and then move on. I can’t tell you how many times I’ve walked away from my desk in order to avoid tearing into a creep.

8. Don’t use the automated DM.

Um, no, dink. Believe it or not, most people (including myself) aren’t over-eager socialites. I followed you on Twitter because I wanted to follow you on Twitter, not because I wanted to be attacked with a list of your social networks. If I want to find you on other places, I’ll look for you in other places. But now, since you sent me this automated DM, I don’t want to follow you anywhere.

It’s intrusive. It’s like taking down someone’s phone number at a cocktail party. Once you get home, you have an email, snail mail letter and the person standing at your door talking about, “and here’s my address, my business, my business card, my license number, the phone number I had when I was a kid…” 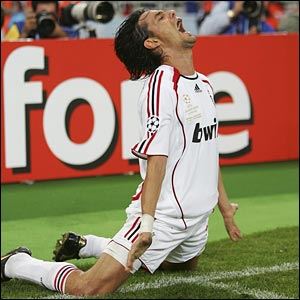 Oy. Have some control.

9. Gracefully thank others for an RT.

If someone retweets your  link, of course you should thank them, but be graceful about it. If you have the pleasure of several RT’s, there’s nothing wrong with pairing those people up for a single “thank you” tweet. This establishes that people that your post was great, and it will allow the people who RT’d you the chance to follow each other. What a great way of helping people connect!

10. You don’t have to follow every Tom, Dick and Mary.

I know you’ve heard this before, and there’s a reason for that. -Because it’s true. Connections are not made by numbers, but by conversations. Communities aren’t built by the numbers, but by the people in the community. Always look at the person following you before you decide to follow them back. You never know – they may not be someone you really want to associate yourself with.

-And I can’t tell you how many times I’ll look and find out that they haven’t posted anything in months. I’m not sure what those people are even doing on Twitter.

11. Don’t schedule your tweets all at the same time.

If you’re scheduling, make sure you find yourself the perfect social networking platform for you; Hootsuite, RockMelt, TweetDeck, I don’t care, but something. Having all your tweets pushed across my feed at the same time is so irritating!

Look, I understand you have something to say, sweetheart. It’s okay… but 13 posts all at the same time? Spread that stuff throughout the day and, please, change the content up! Get creative. Post your tweets at different times. It can even be the same link a few times, but at least make each one original. Your Twitter posts have a shelf life of about 3 hours, depending on how many RT’s you get. Keep that in mind when you’re automating tweets.

Hash tags are those words with # before them, like #FollowFriday. Like any other tags, they describe what a post is about. They’re very useful, especially when the title gives no clue. For example, although most of our titles clearly spell out what the topic of a post is, You Think You Can, But You Just Can’t, Nemo says absolutely nothing. Therefore, I might add hash tags such as #rant, #Google+, and #socialmedia. 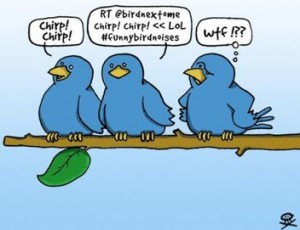 Don’t just use hash tags on your own links, either. If you’re sharing a link from someone else, include the tags you think are relevant to the post (if they don’t include some of their own). In this way, you’re helping yourself and helping those writers you think provide content worth sharing. A word of caution don’t go #tag crazy either, that’s really irritating.

Unlike the tablets Moses brought down, these things aren’t set in stone – but that doesn’t mean they should be ignored, either. I strongly suggest, if you’re just starting out, that you at least try to put them in practice before going off on your own. Use them as a guideline, and you just might see your community explode.

X
Dear, Sweet Internet Marketer – Connect the Stinkin’ Dots Already…BrandingI’ve been boiling all morning long – and what does someone who blogs do, but kick out a rant? All morning, I’ve been researching marketing agenc…

7 min
X
Has YouTube Been Calling Your Name? 4 Beginning Tips…Content DevelopmentSometimes we forget that not everyone is buried in online marketing like we are. In fact, most people aren't… it boggles the mind. Did you know most…