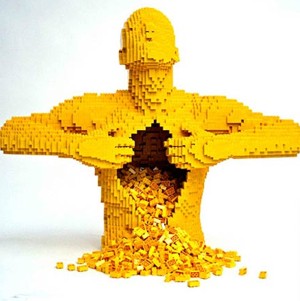 Back in the last decade, I published a niche bridal magazine that included some content marketing pieces on topics that were of interest to the target audience. Those included recipes, makeup tips, and relationship advice, among others. However, two contrasting pieces stand out most vividly in my mind: one from a photographer, and the other from a hairstylist.

The photographer wrote about his own views and approaches toward his craft and illustrated his article with some of his pictures. All fine and good, but he was not happy with the results. He complained that it wasn’t working.

What wasn’t working? The article didn’t bring in droves of customers. It did, as he acknowledged, bring him recognition, as people told him that they saw his article. He could not separate marketing from sales and so didn’t consider the positive effect of building up his brand as valuable, as well.

The photographer’s disappointment formed a strong contrast to a hairstylist’s delight. She was thrilled with the response she got from the articles and ended up writing a series of articles with practical tips on maintenance, finding a flattering cut, and understanding the differences among the products available. Many women called her, seeking out her services, for they had learned to trust her as result of reading her advice.

Now how to account for the different experiences of the photographer and the hairstylist? Naturally, women tend to have their hair styled more often than they order a photographer’s services. Even a person who was really impressed by his article wouldn’t necessarily give him a job; there just may not have been an occasion coming up. But there was also a difference in the communication of the two pieces.

The photographer put the spotlight on himself in talking about what he does. The hairstylist put the spotlight on her readers by telling them what they can do. While some well-established brands are beloved enough to attract attention on the basis of their own stories, as in Lego’s 80th anniversary video (though note that even it begins with “you,”) those of us who do not have star status get more attention from giving readers information that relates directly to them. 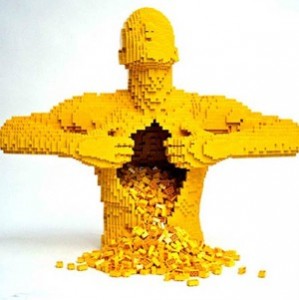 Engagement is what we’re all after, particularly when we publish online and hope to get likes, pluses, comments, and shares. When planning what to include in a piece intended to serve as content marketing consider: who, how, what, which, where, when, and why.

Who makes up your target audience?

How would they recognize that the piece would be of interest to them? That’s something to be taken into account in the title and platform selected.

What impression would they walk away with about your name in connection to the content?

Which visual elements would enhance your content? Would it benefit from photographs, videos, or drawings to illustrate your point?

Where do you publish it to reach your audience? Another consideration is where to link to it: Facebook, Twitter, Tumblr, Google+, Pinterest, LinkedIn, on your blog, or maybe even on another’s blog. Is it in a format that lends itself to sharing?

When is the best time to publish this? Is it seasonal? Does it connect to something that is happening or trending? Some topics are evergreen, but you can sometimes catch more eyes by tying into something that people are already talking about. Just don’t insult your reader’s intelligence by putting in a connection in the title when none exists in the actual content.

Why would someone share this? Is it interesting, funny, or helpful enough to make them want to pass it on?

Put yourself in the shoes of your readers to answer these questions and then craft your content accordingly. What you’ll achieve is recognition, respect, and trust , all of which are key to building a relationship with potential customers.

X
5 Reasons Why Guest Posting is Essential for a Blogger’s Success…Online MarketingBlogging is fun, but it's also hard work. A lot of things need to be considered if you want to be successful. For someone who is new to blogging or wa…

3 min
X
SEO Mistakes | Are You Making Them?Online MarketingWith so much conflicting information out there, site owners are left wading through the details trying to make sense of it all.  Just when they think…