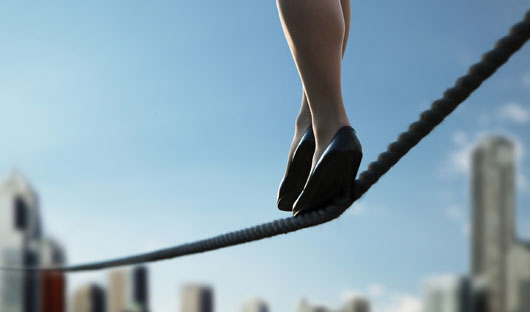 Our extraordinary Top SEO Women list has been one of the most visited posts in the history of Top SEO Women, with over 2700 unique views. From a marketing standpoint, it’s great publicity for the nominees, wouldn’t you think? I thought so, which is one of the main reasons I started this thing in the first place – to give my fellow SEO women more publicity. Therefore, I must admit my surprise and sadness when a few women asked to be removed from the list.

Not to Go Bra Burnin’, But…

-And I’m wondering, is me mentioning this going to get negative feedback about being sexist, feminist and so on? These are facts, people; they aren’t opinions. They’re historically and statistically provable.

Let me get this straight. People’s Sexiest Man and Woman of the Year is acceptable, but Level343’s Top SEO Women of the Year isn’t. So, we can discuss how “hot” a person is, dissect their physical features, what they wear and wonder how much plastic surgery they’ve had or where they work out, but talking about how good a person is at their job is too much?

I also noticed that there weren’t any negative comments about Dell’s Women’s Entrepreneur Network, or on the article How Women Entrepreneurs Differ from Men. Perhaps something along the lines of AskMen’s Top 99 Women is more appropriate?

It’s How You Play the Game

We’re still learning and growing, building on the original Top SEO Women idea. For instance, one reader mentioned not being able to vote because he didn’t know anything about the women other than the bio we gave. He had a good point, and our think tank is working on the best way to work that in future TSW years.

Why? We’re sharing some new faces that might be missed. We’re working to help women with their marketing efforts. Because the Top SEO Women award isn’t about who wins or loses. It’s not about calling people out and making them feel uncomfortable, but to rejoice in seeing so many given recognition by our very own industry.

When I first started this business, I remember that there were very few women; at least, there were very few that I knew (by the way, Heather Lloyd-Martin wrote a great series: The Women Who Made SEO Great, that’s well worth the read if you don’t know the women mentioned). I’m not saying we’re dinosaurs, but there are so many new guns out there! It’s fantastic, and I want to help celebrate the fact. 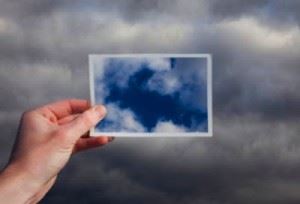 Personally, I’d like to see the quality of recognition go a little higher than The Seduction of SEO. It was a nice thought, but it took me saying, “Hey, why aren’t you giving them links to their site?” Let’s face it; as advanced as the world of SEO is, and as many women are in the industry, we still don’t highlight their accomplishments (with the exception of an elite few). If you think we do, take a gander at:

While you’re looking around at the articles, just take a moment to compare the men to women ratio. How many of the people listed are the same as those listed on other links? What’s really the number of women mentioned, when all the articles are combined? What – five? This is equal recognition, is it? Enough said…

One of the comments we heard was that some of the women didn’t want to be involved in what they believed was similar to a high school popularity contest. Sure, any poll that allows voting for “the top person” can be viewed as a popularity contest. Yes, you’ll see contenders for the title pimping for votes on Twitter, etc. But we are marketers people! We pimp for votes on a daily basis for all sorts of reasons; products, blog posts, content, etc. It’s this type of “hiding away” that has made it so difficult in the past for women to be seen as viable contenders in the marketplace. We’re all adults now.

We received a comment on our last TSW article:

“So if you have boobies and do SEO you get an award? You know half the women on your list don’t do SEO?  They might write about it, but at the end of the day drop code in front of them and they won’t know wtf they are looking at.”

Thanks so much for that lovely, supportive comment that speaks so highly about women. Is the Top SEO Women of the Year award so threatening to you that you need to be insulting?

And women – is it such a horrible thing to you to be a woman that you believe we need to pretend there is no gender? Is being a woman something to despise? I’m proud of who, and what, I am – a woman entrepreneur in a field that requires a high degree of critical thinking.

Although I am sorry that some women didn’t feel comfortable with their nominations, I won’t apologize for starting Level343’s Top SEO Women of the Year, Honoring Women Wednesday, or anything else that supports other women in business. Our intent was not to destroy, embarrass, humiliate or start another war of the sexes. We started TSW because we are excited – no, thrilled – that women are jumping into this field because they know they can do the job.

As women, we at Level343 are proud to finally say we are not the only ones screaming ‘give us justice’. We love and support One Billion Rising – Let’s break the rules; break the chain.

X
Insight into an International SEO Audit: Before the Work Begins…SEOAs the owner of an American consulting and optimization agency, I learned that not all SEO firms work the same way. Now that we've planted ourselves f…