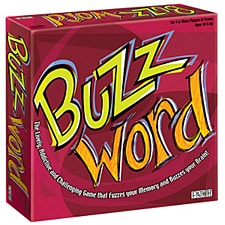 Conversations in the online marketing arena have recently been heavily focused on supposedly “new” buzzwords, like content marketing, branding strategy and social relevance. Well, I’m sorry to burst anyone’s bubble, but none of those are new concepts. Their current definitions may have adapted somewhat to encompass the nature of online marketing, but they’re still essentially the same they always were.

Even applying new names to old concepts doesn’t change the fact that they’ve been around for a long time. (Note: Neither does adding “inbound” as a descriptor.) And by the way, none of them qualify as “the new SEO”, either.

Nevertheless, it’s probably no surprise that we periodically see cycles of refreshed interest in various marketing tools. And sometimes, people will use a new name to imply that a generations-old technique is something new and different. In a sense, that itself is a marketing technique.

The reality is, most humans tend to exhibit some ADD-like symptoms. Something new and shiny attracts our interest, and if it seems to offer value, we may embrace it – until something newer and shinier comes along. Marketers take advantage of that human characteristic, even while falling victim to it themselves.

And just because something has been used in marketing for ages doesn’t mean, of course, that it doesn’t still offer a lot of value. “Sex sells” is just as true today as it was centuries ago. You can call it sexy, sensual, seductive, titillating or suggestive… the effect is the same. It attracts (and usually holds) interest, appeals to the viewer and creates a receptiveness to suggestion that marketers have put to good use for ages. Human nature being what it is, its effectiveness isn’t likely to fade any time soon, either.

There are a lot of different ways in which to appeal to viewers, often drawing upon emotional responses. Humor, sympathy, anger and desire are just a few. But before we can play upon those emotions to full advantage, we need to establish some level of acceptance. That is usually rooted in trust, credibility and authority.

Every Building Starts with a Foundation

present, it makes sense that building that trust should be our first objective. That’s the foundation of any effective branding strategy.

So before you start working on brand recognition, define precisely what you want your brand to be recognized for. It may often be your USP (unique selling proposition), but it could also be a different sort of qualifier, such as your location, if you’re going after a geo-targeted market. Whatever it is, define it clearly, then ensure that all your branding focuses upon it. That’s what you want to immediately come to mind with everyone that hears your brand’s name.

There are many avenues to pursue in a branding strategy and each business has to select those that are most effective for its situation. Just remember that although some channels may be better for one business than for another, none of them are the “best”, overall. Each has its uses, and the most productive branding campaigns will normally employ several different channels.

Most importantly, though, as the old saying goes: “Don’t put the cart before the horse.” 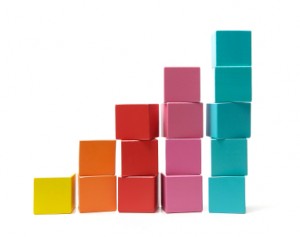 Once you’ve set your primary characteristics for your brand and selected your channels, you need to start building an ongoing presence. Whether in articles, on your own site or in social media, you have to be consistent in the underlying message you’re sending to your public. Credibility can sometimes be difficult to gain, but it’s all too easy to lose, with even a single misstep.

While there’s nothing wrong with being predictable about some aspects of your brand, there are instances in which a certain amount of unpredictability can be beneficial, too. Use sparingly, and only after careful consideration. But subtle surprises can sometimes build a great deal of credibility.

As an example, a friend of mine had a client who had a major competitor that was effectively wiped from the SERPs for an innocent mistake on the part of their developer. A casual look at the situation made it obvious that there was no nefarious intent and no attempt to fool the search engine. But the competitor dropped from #1 to around #40 overnight.

This client could have quickly taken advantage of the situation, but they saw the unfairness and publicly took up the drum in their competitor’s defense. They loudly complained that while they felt that their product’s price and their customer service was better than their competitor’s, they didn’t want to see any business suffer unfairly, possibly costing people their livelihood.

The credibility they gained by such an unexpected display of a sense of fair play was priceless. The CEO claimed they saw nearly a 300% increase in traffic and close to double the business within a couple of weeks, and said he was certain that most of it was as a direct result of their stance, not the fall in rankings of their competitor.

A calculated risk, for sure, but one that paid off nicely. The trust their brand gained was tremendous, and it would probably have taken years to accomplish that without their action. The point is, sometimes it can pay off to “think outside the box” and take a risk.

Incidentally, a major part of that company’s USP had always been fair treatment for their customers. They simply capitalized on the situation to say that they felt fair play should extend to everyone, even their competitors. BAM! Homerun!