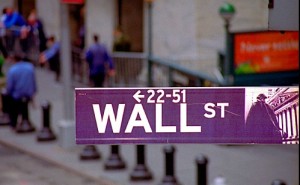 A couple of months ago, I posted “Has Google Gone Evil or Is It Just Wicked Smart?”, discussing Google’s duplicity as a public internet company seeking to serve both its users and stockholders.

The larger point Godin makes is the conundrum inherent to profit-seeking public companies: staying true to their original, customer-serving mission versus literally selling out to advertisers for immediate financial wins to appease their stockholders.

While I called out G+ (and other Google services), in all fairness Google shares its duality of purpose with the other major public social media players – especially Facebook and Twitter (Twitter being the last of the big four to go IPO).

So expanding the question to include public social media companies as a whole: can they balance serving both their stockholders and users well? Who is ultimately served?

This internal public company tug-of-war between advertising dollars and corporate branding/user advocacy departments may well be an inevitable by-product of the ongoing commercialization of the internet. And while it may seem reasonable to expect that the privacy concerns and browsing preferences of a company’s user base would prevail, the economic reality is that, as with any “free” service, someone ultimately has to foot the bill.

With the social media giants now gone public, that someone would be their advertisers.

For Facebook, its 3rd quarter revenues of $1.81 billion came mostly from advertising ($1.60 billion, representing 88% of the total and a 61% increase from the same quarter last year).

It’s well documented that Facebook’s history is marred with both financial and privacy snafu’s, including a class-action settlement to the tune of $9.5 million (which the U.S. Supreme Court upheld) for its “Sponsored Stories” initiative, which allowed advertisers to broadcast users’ likes and shopping preferences to their friends without their consent.

In its efforts to create yet more revenue streams since launching its IPO, Facebook has offered up several new ad types such as “Promoted Profile Posts” and “Sponsored Results”, and has monetized its once free “Facebook Offers” to the dismay of small/local businesses.

One of Facebook’s more recent revenue-generating moves is displaying ads in its Instagram feed – very likely as part of a test using its mobile platform before displaying auto-play video ads in its news feed.

The first Instagram feed ad was for luxury brand Michael Kors and received 1,750 comments – most of them negative, perhaps because it wasn’t limited to the brand’s followers. (It received 229,000 likes and the account has nearly 1.3 million followers).

It’s not clear if Facebook intends to broadcast its news feed video ads as indiscriminately, or if it is simply testing its Instagram waters to gauge user reaction and adjust its approach accordingly. One thing is clear: the social network is set on generating more revenue to keep the boardroom happy, and the obvious source of that revenue is advertising.

The latest push for advertising dollars? Facebook’s admission (shared in a document with its partners) of an imminent decline in organic reach for its news feed brand posts, coupled with a recommendation that marketers buy ads. Cotton Delo of Advertising Age reports:

In the document, titled “Generating business results on Facebook,” the paragraph in which the impending drop-off in organic reach is revealed concludes with an ad pitch; marketers are told they should consider paid distribution “to maximize delivery of your message in news feed.”

This revelation follows Facebook’s announcement that it is now favoring “…links to high quality articles about current events…” over the latest meme. And while Facebook claims this change in its algorithm is in response to users’ expressed preferences, Contently‘s Joe Lazaukas astutely identifies the real motivation behind the move: “Facebook wants to dominate content distribution. (And, by proxy, paid content distribution.)”

As for its ongoing erosion of user privacy, Facebook pulled the plug on its search privacy setting (“Who can look up your Timeline by name”), claiming that the tool was outdated as users could be found anyway through a mutual friend’s timeline or news feed.

Facebook has also begun testing software that would track users’ cursor movements across its platform, aimed at identifying what parts of its site users spend the most time hovering on in a massive data collection effort to help with targeted advertising.

Having announced its IPO status in September, Twitter is the most recent social media party to the advertising dollars vs. user experience schism as it is began trading under TWTR on the New York Stock Exchange November 7th.

And it opened up with a bang, starting off at a modest $26 per share on the eve of its opening day on Wall Street then catapulting 73% to close at $44.90 a share.

While Twitter seemed to learn a bit from Facebook’s IPO launch trials, it too experienced an IPO investor scandal. According to a report by Stephen Gandel:

…analysts who work for Goldman Sachs and other banks on the IPO, which raised $1.8 billion, have been privately telling select investors that Twitter’s revenue may not increase as fast as expected. The underwriters’ analysts are predicting 55% growth next year. The rest of the Street is estimating 80%. For the following year, it’s 32% vs. 58%. That’s a huge difference for a company like Twitter that is not yet profitable and being judged mostly on its ability to grow.

But beyond misleading, inflated revenue growth projections, why is Wall Street so optimistic about TWTR?

Simple: Twitter needs revenue, and is ripe for advertisers and their dollars.

As Quartz’s Zachary M. Seward wrote, “Twitter will have to make money. And then more of it, faster.”  Quoting Twitter’s chief executive, Dick Costolo, pronouncing “At Twitter, the user experience is our highest priority and of paramount importance”, Seward notes that “…users can already sense that’s not the case. When Twitter recently started displaying images in tweets by default, the most noticeable difference was how big and obtrusive and Facebook-like the ads suddenly were.”

Seward goes on to observe: “There will only be more of that. More ads in more places. More pressure to make more money. Which makes sense, but we don’t have to celebrate it.”

Besides its pre-IPO redesign that has populated its stream with rich media such as “promoted products” photos and the first frame of Vine videos, Cotton Delo reports that Twitter has also made its platform attractive to advertisers by allowing them to target users based on actions they’ve taken based on the service (like web browsing), as well as gain access to personal information such as email addresses.

So what does this mean for Twitter’s push for advertising income? As Seward predicted, I suspect: users will see more and more ads (heavy on the visuals) in their stream, and especially targeted ads based on their web browsing history and their proclivity for “promoted Tweets”.

So Who Is Served?

You might have guessed my conclusion. I’m a realist, and in the end, I believe advertisers and the board room will win out over users and their experience.

Of the “big four” social media companies, LinkedIn seems to have done the best job of walking the tightrope between user experience and advertiser needs/boardroom demands. After all, it seems an untenable scenario to interject ads in their users’ profiles.

For now, it seems the jury is out. How do you weigh in?

X
Only CEO’s Need ApplyBrandingOmg, what are you thinking? I’m sure that’s what most people are saying, when you discuss/promote CEO’s joining social networks. But, if you wan…

5 min
X
Create Google+ BuzzSocial MediaJust a quick little post today but don’t be fooled by its size.  There are some great tips here! Whether you hopped onto Google+ because of the Pub…