Multilingual SEO: Do You Need It? 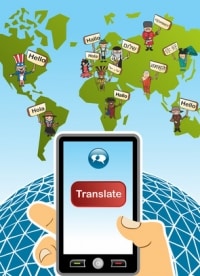 Facebook Twitter LinkedIn Email
Posted by: Level343 Team Post Date: October 27, 2014
Level343 Team2019-12-17T15:57:10-08:00
Your site’s doing great in America, Canada and even the UK, but when you decided to reach out to Spain, your efforts were lackluster. What happened to change your site’s incredible impact with English-speaking markets when you sailed into Spanish waters? Was it something you wrote? Although that’s entirely possible, the more likely problem is your SEO. Multilingual SEO is a much more complicated process than basic, same language optimization.

What is Multilingual SEO?

Multilingual SEO uses several elements of a single language SEO to form SEO campaigns for people living in countries where a language other than the primary language of the site owner is spoken. For example, if a site that was initially launched in America wants to reach out to various countries in Europe, they’d need a multilingual SEO plan to ensure that Spain, France, Greece and Portugal were all able to locate the same site in searches tailored to the local audiences.

Because languages are filled with nuance, marketing to different countries and cultures is extremely complicated. You have to understand the people who will be consuming the site as well as the language itself. If you’ve been using an automatic translator to feed your keywords into for your international SEO campaign, you most definitely need a real multilingual SEO solution.

If every country used Google, there would be little need for SEO experts who are familiar with the most popular search engines in your target countries. While Google does cover some regions and is available to anyone, it simply doesn’t have the same following it has in America all over the globe. A deep understanding of these other popular search engines is one of the most important aspects of multilingual SEO. They all function a little differently and require someone who understands them to truly optimize your site.

The other thing you need for properly executed multilingual SEO is a local language expert. It can be difficult to network with those copywriters across the globe who can help you work out the best search terms for the locals you’re targeting. Even if “best party accessories” is a great search term for your American audience, simply translating this into French or Spanish or Farsi isn’t going to cut it. These locals probably approach search differently, but your local expert can help bridge that gap.

…. Then There’s the Cultural Aspect

Even though we profess to live in a global economy with those international networks we require to do business, we should not assume that we actually understand our trade partners or their customers. In fact, they may be a lot more different from us than we realize. Cultural issues remain an incredible stumbling block for companies attempting to branch out, and they apply just as much to multilingual SEO as more obvious marketing campaigns. 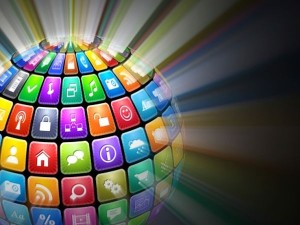 SEO has evolved into a concept that means a lot more than just picking the right keywords. Your content has to be pleasing to the audience reading it and properly executed, with all the grammar and spelling errors corrected before your site goes live. This is Google’s policy and most other search engines agree — if there are signs of poorly written content, your SEO efforts are sunk before they even begin.

Poorly written content can be a result of hiring copywriters who aren’t actually as fluent in the language as you were led to believe or worse, the end product of automatic translator software. The second is much more damaging than the first, though either can introduce faux pas that you never intended. It’s not enough to just know the language, you have to know your customers, too. Promotional photos of scantily clad women are obviously a big mistake in many Middle Eastern countries, but to more traditional cultures, even suggesting that a husband do household chores may be just as appalling. This is the kind of stuff that hurts your SEO campaign without your even realizing.

Multilingual SEO is not a marketing project you can tackle alone unless you’re a frequent world traveler. Fortunately, there are SEO professionals living in every viable market on the globe, ready to help you kickstart your multilingual SEO campaign. If you’re not sure how to get started, you should contact a company that specializes in International SEO. These companies have marketing contacts in other countries and experts in various languages to help your multilingual SEO transition much easier.

If you’re ready to go multilingual, look for a company with a proven track record, like Level 343. Our team speaks 13 languages and span the international markets you want to reach. By starting with an international SEO audit, you’ll have a much better idea what it will take to break into your target market — we can even suggest some markets where your product would be a good fit.

X
Better Search Engine PlacementOnline MarketingWhether you’re Internet savvy or not, you probably know the one thing that will help your website more than anything is better search engine placeme…

Multilingual SEO: Do You Need It?

3 min
X
Women in Tech: Meet Patricia SkinnerBrandingWelcome back to our Women in Tech. This series will introduce global women in Technology. From Canada to Jordan, they live around the globe. In today'…