Are You Making this Big Mistake in Buyer Persona Marketing? 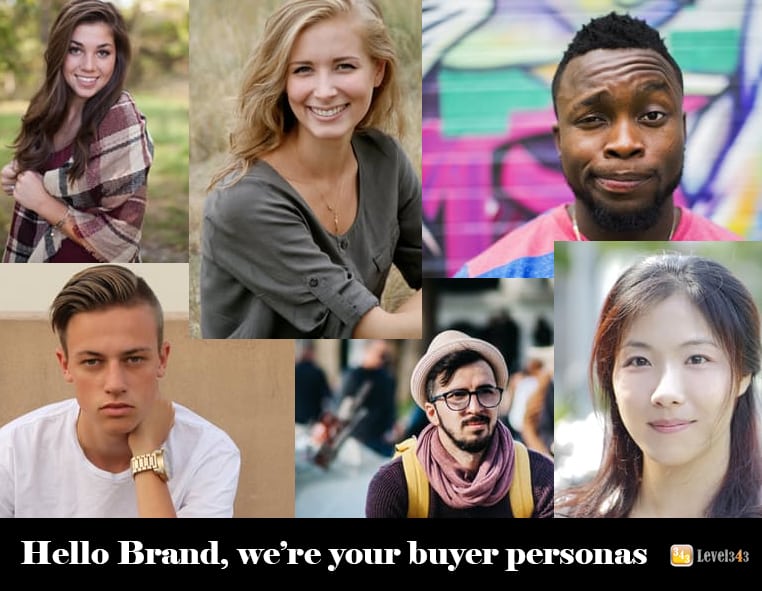 You asked me to look over your branding efforts, site and social media accounts, and I did. First and foremost, you have a brand issue. You have a communications issue: an inability to fully define your brand. I see it, your customers see it, and I have no doubt that you’ve noticed it, too.

I looked at your social media pages and how you describe yourself. Your accounts make sense for those who already know what you do, but me, I didn’t know anything about you until now. I checked out your pages and felt a little like I’d stepped into your company ad.

In short, you’ve missed a very important piece of the puzzle. To help you, I’d like to introduce you to Ted.

Ted is 20 years old. He sees himself as a stylish, well-groomed visionary. He never uses any electronic piece that isn’t Apple. Not only that, but it’s always the latest, greatest do-dad.

Yes, Ted is an up-and-coming schmexy do-getter, and one of Apple’s favorite people to sell to. After all, the latest and greatest is usually the most expensive.

When Ted finds out his friend has a PC, Ted just sighs and shakes his head. Poor, delusional PC owner.

Ted (and people like him) aren’t the only ones Apple markets to, however. If that were so, we wouldn’t have priceless commercials like these:

As you watch the commercials, you get the idea that:

People who own Macs are more creative – in one commercial Mac tells PC he’s great at pie charts and data. PC tells Mac he’s “okay at creative stuff (if that kind of thing were important).” Translation? Mac users are more creative. PC doesn’t care about that stuff. Mac does care, so it does better with creative, and is the better choice.

Macs are simple, intuitive and easy to use – as opposed to PCs, which are full of bloatware, take forever to load, need lots of extra stuff before they can do anything and break all the time.

Mac sales are through the roof – Mac is doing great and PC isn’t. Why? Because Mac.

With iLife, people learn that this stuff with Mac is an all-around experience.

And they swallow it hook, line and sinker.

Are You Guilty of Playing Favorites?

What’s the lesson we can learn here? Ted is one of Apple’s buyer personas, but not their only buyer persona. In other words, they market to more than one type of people.

Market to More Than Ted

One of the biggest mistakes in marketing is forgetting there is more than one demographic. You say, “we are targeting people who will want our product,” which is like saying what you like most about ice cream is that it’s ice cream. By developing content marketing strategies and marketing campaigns that focus on a single buyer persona, you lose out on a much richer customer set.

You must market to more than the Teds of the world.

Your product doesn’t call to a single type of person. If it did, it’d have to be a very particular product. In fact, I can’t think of a single product with such a targeted demographic (example: all female, managers, 20-30 years old, wears skirts and has short hair).

You want to get the broadest customer base; marketing to a small section only isn’t going to achieve those results. Buyer personas help you create customized marketing plans for more targeted groups within your audience. In turn, this helps every marketing effort become more effective.

Like the topic and want to know more? Stay tuned for our second installment on buyer personas, Developing a Rich Buyer Persona Portfolio. In the meantime, continue the conversation on Twitter, Facebook and Google+. We look forward to connecting!

X
3 Hot Tips for Persuasive Content: Stand Out from 5 Million Other Posts…Content DevelopmentPersuasive content is an elusive beast. You write, and write - and write some more -, and it never seems to do any good. You aren't standing out, and…

Are You Making this Big Mistake in Buyer Persona Marketing?

3 min
X
Developing a Rich Buyer Persona PortfolioContent DevelopmentBuyer personas allow a rich, in depth marketing plan. They look beyond the immediate sale to creating life-long customers and/or advocates. -And while…