Influencer Marketing: Marketing to, through and with the People Who Help You Sell 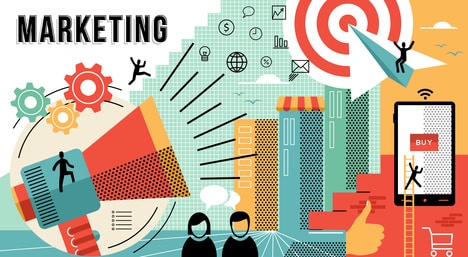 Influencer marketing is a great campaign strategy for lots of companies and products. It can, and has, brought in phenomenal results to many a savvy business owner. It’s not the easiest strategy on the block, though. Beginning marketers may have this idea that influencers are just lining up to push your product, but that’s far from the truth.

Getting a list of influencers is just the beginning. Your next step is a little more difficult.

Marketing to your influencers

An ironic thing is that your most influential people probably don’t buy from you. Some might, but most don’t. So you have a list of however many – let’s say 75, and maybe 2 or 3 that know anything about your product already.

With the 3 that already knew about your product, and the 8 that personally know you, you have 64 left that know neither. If even half of those have some awareness of you, you still have a whopping 32 influencers you need to convince that your product and company are worth their time.

Well, since they aren’t consumers, you have to think of “non-prospect” ways to reach out to them. However, you still have to target their wants and needs.

Marketing through your influencers

“If I wanted your opinion, I’d give it to you.”

This is not the way influencer marketing is done. Influencers aren’t talking heads. It’s important to understand that you aren’t paying them to spout what you want them to say.

So then, what is the value of an influencer?

There is a fine line to walk when marketing through influencers. On the one hand you want to get your message across. On the other, you don’t want your influencer to run into reputation issues.

Think of the many marketing guides that talk about “these 12 experts” or “what 4 influencers say about influencing.” These are perfect examples.

There are numerous ways to use influencers in your collateral.

Here are a few ideas:

Influencer marketing isn’t something to be taken lightly, as I’m sure you’ve gathered from this post. It takes work. Sometimes it takes a lot of work. The time it takes is nothing compared to the returns, both in amount and longevity. Take the time to follow the steps and marketing to, through and with your influencers. It’s well worth it!

If you’re interested in creating influencer marketing campaigns but don’t know where to start, contact us. We’ll get you going on the right track.

X
Your WordPress Website May Be Obsolete: Are You Prepared?…Online MarketingThe term “planned obsolescence” means purposefully producing goods that quickly become obsolete, in order for the consumer to buy more and keep th…

Influencer Marketing: Marketing to, through and with the People Who Help You Sell

3 min
X
Conversion Rates: Upping Your Marketing GameOnline MarketingMarketing campaigns can be tricky. Looking at numbers like conversion rates, click-through-rates, cost-per-click and the like can be even more interes…