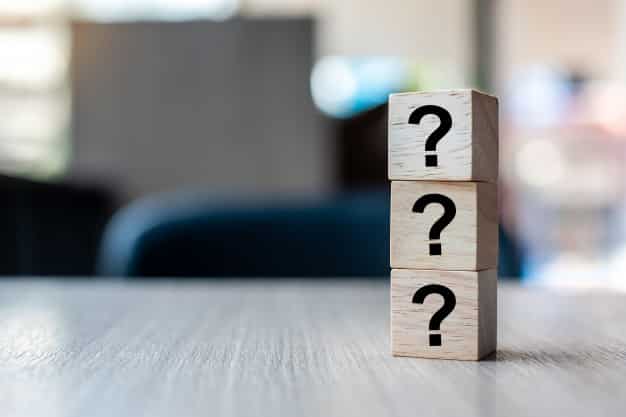 The search scape is constantly changing, as you know if you’ve been anywhere near online marketing activities for more than a few months. You’re confident you have done a good job of optimizing and then one day you check your rankings and you’ve dropped 5% visibility for no apparent reason. Or a key page that you’ve worked hard to get build up is suddenly under performing. Eventually you’ll find out that Google has updated yet again and, “there’s nothing you can specifically do to target this update. Just keep putting out good content.”

If you were around for Panda, Penguin, Possum, the many mobile-friendly updates, Maverick or any of the other myriads of Google updates, you might be (understandably) a little gun shy when the giant search engine announces another one. However, BERT may be the next step to better search, and less work, for content producers.

Google “BERT update” and you’ll probably get way more information than you ever wanted. Most of it is pretty technical, as the experts of the experts give us professional marketers the run down. Some of it is just plain wrong, with people grabbing the minor details and blowing them out of proportion.

When Google shared their enthusiasm in an announcement, they stated that they expect the update to affect 10% of all searches in the United States, in English. The bolded part is often left out – probably because “10% of all searches” sounds scarier. It’s still a lot of affected searches, but not near as many as it originally sounds.

What BERT does is help Google understand searches better. A search engine is really just a question and answer system at the very basic level; you ask a question [query], it finds the answer[result]. BERT helps Google give better answers.

How Does BERT Work?

Never mind the technical jargon; you can read some of that on the announcement. To simplify, BERT helps by increasing the understanding of the two parts of search (question and answer) using better context.

One example they give is the understanding of the word “stand” in the query “do estheticians stand a lot at work”. The second result shown is more on point, as you can see. 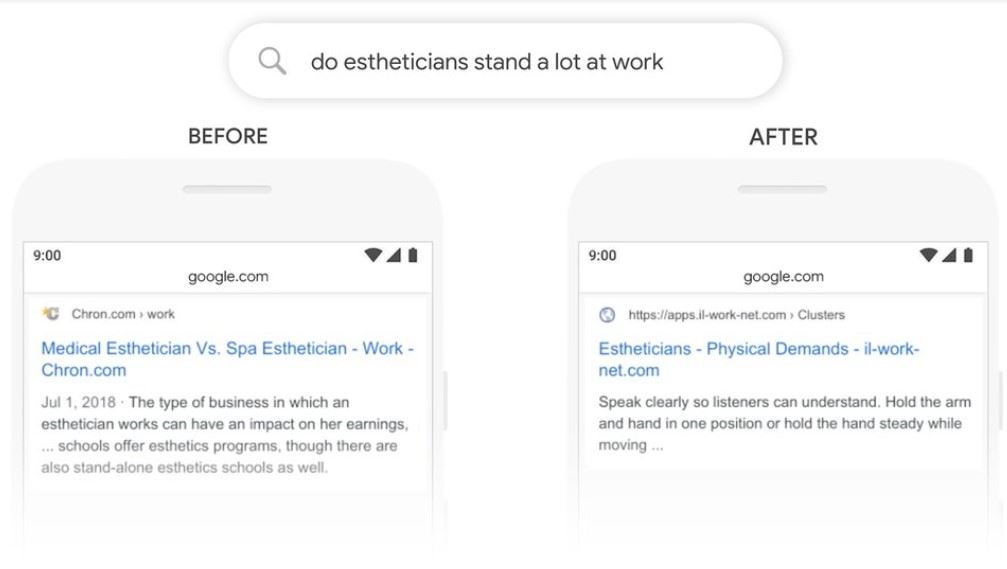 While this may seem like a small thing, this is huge (thus Google’s enthusiasm). However, what it isn’t is a doom and gloom thing. BERT absolutely affects search – and the big G is talking about spreading it throughout the world and other languages (not just English in the U.S.). But it doesn’t affect search negatively. It means that eventually all those weird results you get for your queries are becoming a thing of the past.

How Can You Optimize for BERT?

I can’t remember where I saw it, but someone in the industry summed it up perfectly in a Tweet:

If you’re a prolific reader because you want to get your site and optimization right, you’re going to come across a lot of “optimize for BERT” articles. -But the truth is, if you were going to lose in the BERT roll out, you would have already done so. Here’s a snippet from the announcements:

“Last year, we introduced and open-sourced a neural network-based technique for natural language processing (NLP) pre-training called Bidirectional Encoder Representations from Transformers, or as we call it–BERT, for short.”

Does it mean that you can (yet again) do nothing? Just stand by helplessly as 10% of English searches in the U.S. improve? Not at all. There is one thing you can do.

We often talk about writing four posts a month consistently. And yet, those four posts mean nothing if they aren’t quality. If all you can do is two quality posts – do that. If you can only create one whitepaper a month or quarter, do that. In other words, if you can produce copious amounts of content and have it be high quality, do so. Each piece is a chance to rank and provides additional context for the whole site.

Having said that, if having four posts means hiring a crap writer or putting out thin, low quality content because you can’t even afford the crap writer, stop. Don’t do it. It’s better to put out a few very high quality pieces of content than many bad ones.

In short, if you want to ride the waves of search as the search engines do their updates, and you don’t want to crash and fall, focus on the user. Period. That’s what the search engines are doing and, if you’re doing the same, you won’t see as much volatile movement in ranking and traffic. Another option is to head over to SEJ and read Dawn Anderson deep dive into BERT.

Make the best site you can make with the best information you can provide. Have strong SEO professionals on hand to help you with the technical side, locate bottlenecks and make sure you’re doing it right.

And then breath. Not every update is a reason to freak out. In fact, most aren’t. As for BERT, it’s a great update, and we look forward to many more like it.

4 min
X
Why Your Content Marketing Strategy Sucks!Content DevelopmentI know; I know. You are probably muttering to yourself that this statement is insulting, and while it can be taken as such, it genuinely isn't intende…