AI Tech for Marketing Poised to Grow Over Next Decade 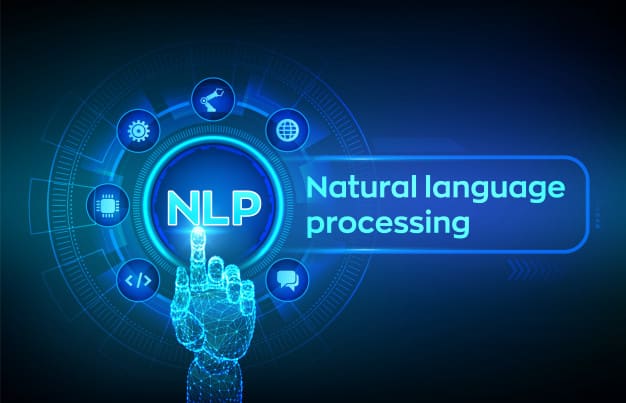 Our technology continues to advance in many different ways, not the least of which being our successes with artificial intelligence, or AI. With AI, we’ve managed to become faster, smarter, more efficient and even safer. With the 2020s finally here, we’ve reached an era that science-fiction writers have been fantasizing about for centuries. And with our current tech, we’re actually in a position to make good on those fantasies.

AI isn’t something we’re developing just to see if we can. Like many advancements, we keep moving forward for a reason usually revolving around businesses and money. Marketing is what keeps most businesses running, making sure their customer base remains strong, but integrating AI into that sector may initially sound difficult. In reality, AI helps marketing so much that it actually changes the entire process.

Where We Are Now

Businesses bring AI into their plans for many reasons. Mostly, laying the groundwork for advanced technology like AI now will help the company integrate other tech later on. In a sense, AI is a competitive advantage that allows companies to get and remain ahead of others. The technology uses trackers and sensors to understand the target audience and learn how to better market to them. In fact, a lot of AI is starting to get personal.

By using data collected over time, AI can figure out what an individual’s interests are. From there, the AI can use advertisements to market directly to them, showing the individual products and services they’re interested in and likely don’t already own. All of this goes a step further when it comes to email. AI can automate sending out personalized emails with an individual’s name to give them special offers based on their interests and shopping habits.

“Where do we apply AI?” asks Neil Jacobstein, Chair of the Artificial Intelligence and Robotics Track at Singularity University. “Everywhere around the company from design, diagnosis, manufacturing and management, customer service, sales and configuration and quality control. We’re going to have an intimate relationship between AI and humans. It’s going to power new discoveries and prediction. It will transform the business models of the companies that you sell to.” Jacobstein has served as technical consultant on AI research projects at various organizations, including NASA and the United States Air Force, already putting AI into the business world.

Where We Hope to Go

The dream is to have as much automation in a company as possible. Having machines do the menial tasks is safer and cheaper than having human employees do them. More than likely, automation is where we’ll see the biggest advancements of AI made out of all possible sectors simply because it’s where the most benefit exists.

We also can’t forget about where all other tech is going to go. For AI to work properly, it needs to be a seamless addition to the rest of the technological environment. Let’s take mobile devices for example. More and more people are using mobile devices instead of traditional computers, which means they’re using apps instead of browsers. Targeting advertisements through apps isn’t exactly impossible, but it’s very difficult to get right. While advancing our work in AI, we have to consider the other steps that need to be taken at the same time. No one said this was going to be easy!

How Companies Can Keep Up

As we mentioned earlier, the main way a company can keep up with technology in the future is to be as up to date as possible right now. Once they integrate modern technology to use in viable ways while also making room for new tech to be present, all they’ll have to do is add extra programs in as they’re released. While this process can be a difficult one involving everything from installation to teaching employees, it certainly won’t be as difficult as trying to play catch-up. Many companies are already exploring what AI can do for them, so the catch-up game has already begun.

We still have to consider the human element in all of this. The idea that machines are going to take jobs away from people isn’t exactly inaccurate, but it is blown out of proportion. The point of installing AI in a company is to help the human employees perform their jobs better and even make room for advancement in their fields. Companies should be the first to keep in mind that the human element is more important than the AI. After all, AI will likely never be perfect, and we’ll need humans to pick up the slack in between.

Looking at the Next Decade

Weirdly enough, the 2020s are here. That doesn’t mean we have to make all the advancements right now or even within the first couple of years. All we really have to do is not slow down. The human race has made huge technological advancements in the last century, and if we keep moving forward at the same speed, we’ll start the 2030s in an entirely new world.

Kayla Matthews is a Pittsburgh native and proud dog mom. She's stubborn and opinionated about a lot of things, even more so when it comes to process improvement and productivity. Matthews is a full-time content marketing journalist whose work has been featured on Marketing Dive, Contently, Cision and more. To see more articles by Kayla, follow her on Twitter or check out her blog, Productivity Bytes.

AI Tech for Marketing Poised to Grow Over Next Decade

3 min
X
Marketing With Mobile AppsMobile MarketingLooking for a way to make your SMB stand out from the crowd? Consider creating a mobile app that adds value to the customer experience. They're one of…