A Quick Review of Competition Reports and Ranking 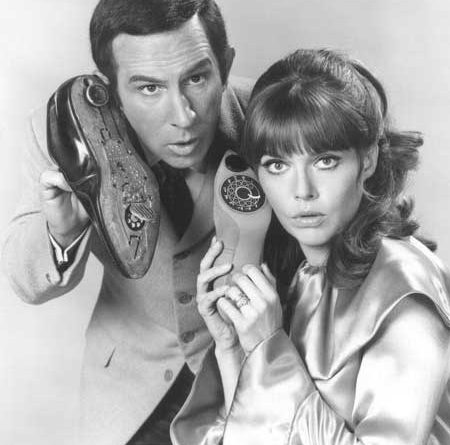 You might pay an SEO company to give you a competition report or you might have a program that runs one for you. That’s all well and good, but what if you get back a bunch of numbers and columns you don’t understand? Even if you do understand them, how do they translate to your strategy and campaign?

This article is a quick review to help you along your way. Of course, we can’t answer them for your keywords, but the principal remains.

The project is XYZ Private Investigators. We want our clients to rank for as many high search, high quality, and relevant key terms as possible. First, we look at how many searches a term gets, and then we check the competition out.

Although KEI is a number, we seldom use the KEIs provided by any program used, because the formula is skewed. For instance, keyword A may have 5 million results pages with the term in the page somewhere, while only 13,000 have the term in the title and description. The KEI doesn’t take into account the difference.

In the image below is a list of key terms relevant to the client’s site and service, ranked by the number of titles with the keyword. For the purpose of this exercise, we’re using WebCEO. It’s not exact, but it does in a pinch.

The first thing you’ll notice is a bunch of numbers. What we’re looking for is the optimal formula of high searches with medium to low competition. For optimum targeting, we need less PR and links as well.

Note: WebCEO almost never matches the data you’ll get from Google AdWords, which is why I like to compare the two. We’re going to just use WebCEO data here, but don’t forget to cross check with other platforms when running an analysis for an actual campaign.

Let’s look at the columns. The first and second column have to do with how much people actually search for a term. The second column gives a visual representation of how competitive the term is.

“Pages” can mean that the term is anywhere on the page. It could be in images, the content, headline… it could be an afterthought of the author and the term would show up. In a check with Google, “private investigation” comes up with 9,780,000 results. We’re not really concerned, because the real number – the competition – is in those pages with the keyword in the title.

This is the real competition; 346,000 pages have the keyword in the title. Most will have either the keyword in the description, in the URL or both. Out of our chosen terms, this seems to be the term with the highest amount of competition. We now need to find out the quality of the competition, and we base this off the first and second SERPs position.

The traffic rank is based on Alexa.com statistics. Alexa runs their numbers backwards. For example, a site with an Alexa rating of 7 is in a much stronger position than one with a rating of 1,000,000. So, in this case, the first site should be easier to beat than the first (if based on traffic rank alone).

PageRank is somewhat self-explanatory. However, as you can see, higher PR does not necessarily mean higher ranking.

Based on just the keyword analysis, private investigator is a term worth pinpointing, as are “private detective” and “private eye”. Consider that the search engines work on relevance, not just a single search term. Placement in this competitive field will be tough, but it isn’t impossible.

The position you’re in is one of being between the rock and the hard place. Any term you target will have some serious competition. Geo-targeting will bring the numbers down a little, but the competition will still be tough. Basically, you’re going to have to build a big balloon that says “Private Investigator stuff here!” to the search engines.

Now, whether you do that by writing on topics relevant to investigations, such as fraud or surveillance, or by writing particularly about the subject is up to you. The long story short is, you’re going to have to carefully look at the competition, see what they’ve done and try to figure out how you can do it better.

I wouldn’t use them in the titles of every post. Since private investigation laws change from state to state, however, any information you write would be specific to your area anyway. Because they may not fit another area, you should have the geo-terms in the content somewhere.

If you set a tag line to your post title for something like (just an example) “New York’s Private Investigator”, you’ll already have the two main words you want to target, and it’ll be in the search engine title of every post. It’s a thought, and something I might try if it was my campaign.

Special Issues You May Run In To

For many of the terms in the example, Wikipedia.org and government sites are the main competition. Frankly, they’re often hard to beat out of first place. Despite it being considered as a poor resource, Wikipedia is one of the most often referenced sites on the Web.

You have two choices: try to beat them out or try to join them (and any linking neighborhoods) by getting a link. For government sites, you had better have everything in tiptop shape.

The other thing to remember, before you get discouraged, is that most people looking on Wikipedia or government sites aren’t looking to hire a service. These are informational sites and very seldom sell anything – if they ever do.

Although there’s a lot more that goes into keyword research, hopefully this will help you understand a little bit more about the competition and how to decide which keywords will bring the best value.

Social Media or Search | What You Should Know

A Quick Review of Competition Reports and Ranking

5 min
X
Can I Just Do On Page SEO and Tell Off Page to Take a Hike?…Search Marketing (SEO)Um. No. You see… well, let’s start from the beginning. On page SEO is that stuff you do to your website. It’s the meta tags, the image alt tags,…