Bringing America to the Masses

Seems the Chinese are creeping into the US market share and there's not much America can do about it but, encourage growth for both countries.

A Wakeup Call to US Webmasters and Entrepreneurs

Sadly most American companies and entrepreneurs seem to be wearing blinders when it comes to their marketing plans. No, not folks like Warren Buffet and other smart investors, but just regular companies and Mom ‘n Pop internet marketers are missing this boat. Economies are booming in places that used to be economic backwaters but few of us are taking advantage of the opportunities.

I am familiar with the situation in Malaysia, and I can tell you that all the major automobile manufacturers build their cars there (they even have their own car designed and built there).  Shame of Shames, the Ford pickup truck recently voted the worlds best is built there, but it is not allowed to be imported into the US. Downtown shops sell every luxury brand you can buy in San Francisco and they are the world’s largest producer of surgical and examination rubber gloves. A few years back the tallest building in the world graced the streets, but that honor now belongs to AbuDhabi. The Malaysian government subsidises the cost of gasoline and offers nearly free medical care for all. Are you sharing in this booming market? Or are you asking me where the devil is this place, anyway – somewhere near India?

China Is Bigger Than You Think

According to Forbes the current GDP of China is around $7.5 Trillion and its population of 1,360,570,000 is four times that of the US, but only half the GDP of the US, but that does not mean it’s a market that you can afford to ignore. Consider the old marketing hack of selling just on bar of soap to each person in China. IF you could accomplish that and earn a profit of just one cent per bar you would earn a profit of over 13 million dollars! Apple launched its 5C iPhone to compete in the Chinese market, but Chinese companies are looking to the West to grow their phone businesses.

But that’s not the end of the story. The Chinese population is growing more affluent daily and is now demanding more and more Western goods including luxury goods, automobiles, jewelry and much more. Further it is estimated that by 2020 or earlier, the Chinese economy will surpass that of the US. So that’s the start of the story about durable goods, what about things like tourism?

Thanks for asking, last year China passed the US and Germany to become the world’s largest source of tourists, spending over $102 billion. They are shopping for luxury goods in Paris and shaking hands with Snow White in Disneyland and if you are not sharing in this pie you are behind the times.

China has broken a new global record in smartphone penetration and this will have dramatic effects on content and commerce in 2013 in the world’s most populous internet market. Mobile subscribers in China are now using 330 million smartphones.

My point is that there is a huge market waiting to be tapped outside our shores, but only the most talented seem to be taking advantage of it. Companies like Amazon sell direct to this market, all the fast food franchises are there in droves, and you can bet your bottom dollar you will find a Google office in every one of these countries.

It’s no secret that DHL, FedEx and even USPS can deliver your goods there, but you need to make your presence known, and the way to do that is through a website built and marketed for these economies. Sure there are obstacles, but there are people who are in business to help your global marketing (ahhh… you can just look up at the masthead for some ideas). The internet has been adopted in these places ferociously, the money is there, what is required is the will and the adoption of the relevant technology and advice.

It’s also going to get better. At the moment there are linguistic problems in some countries (though not in any of the former Commonwealth colonies, who still speak English, at least as a commercial language) but technology may help out there. Google has just rolled out conversational search, voice search, and of course has had a translation capability for a long time. Can you imagine Google rolling these all into one and perhaps allowing Chinese to view your website in Chinese while searching and ordering by voice? I for one would not like to bet that this is not being worked on in Google Labs.

You will still have to rely on expert advice with regard to language, culture and customs but the potential rewards are worth it. 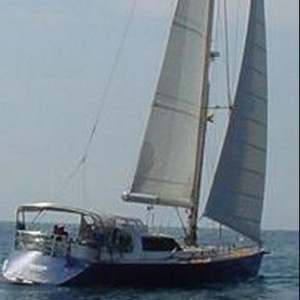