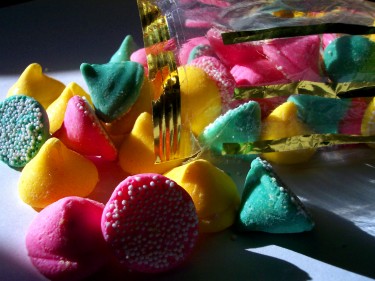 Level343 LLC » Branding Articles » Cut the HFCS From Your Copywriting

It's easy to bloat your copy with fluffy, sugary additives, creating puffed up copy that might even sound nice. But Please cut the HFCS

Copywriters, if you think about it, are a bit like food manufacturers. We’re feeding messaging to the masses, and most people are completely oblivious to the ingredients we use. But we are aware – at least we should be – of the spices we’re using, and how they impact our audience. It’s easy to bloat your copy with fluffy, sugary additives, creating puffed up copy that might even sound nice. But as copywriters, our goal isn’t just to fill readers up, it’s to provide them with real nutrition: the message that prompts them to act.

There are a lot of ways to write bad copy, but there are two which are particularly good at adding lots of fluff and no substance. Their names are:

The Evils of Adverbs

Adverbs are easy to spot, because they usually end in “ly”:

The fox ran quickly down the lane.

Adjectives are a little harder to register, but they’re always in the company of a noun:

The red fox ran quickly down the lane.

Adjectives are like building blocks – you can just keep stacking them on top of each other:

So what does this have to do with copywriting?

I learned one of the most powerful rules of writing when I read Stephen King’s memoir, On Writing. In it, he spends a full chapter railing against the most horrific of all devices in writing: the adverb.

“The adverb is not your friend … With adverbs, the writer usually tells us he or she is afraid he/she isn’t expressing himself/herself clearly, that he or she is not getting the point or the picture across.”

The Evils of Adjectives

It goes back to the classic rule of show-don’t-tell. Nine times out of ten, if you have to use more words to clarify and explain your message, you’re doing it wrong – and that’s exactly what adverbs do. But it’s a theory better explained through example, so let’s look at some samples:

What’s wrong with this line? Nothing in particular, but it feels a bit passive, doesn’t it? Watch:

Now, compare the use of adverbs between the two:

The same is true for adjectives:

The revolutionary new Neutromatic warms food gradually, then holds it at a safe, hygienic temperature once it’s cooked. The hassle-free results are moist, perfect veggies, chicken and fish from scratch.

Nothing obviously amiss here, but it kind of lands like a turd. Let’s try again without the fluff.

The Neutromatic is a slow cooker programmed to hold meals at a hygienic temperature once they’re cooked. Chicken and fish are moist, veggies are still fresh and cooking meals from scratch is effortless.

The second example does use a few adjectives (because a little sprinkling of sugar can punch up a recipe – remember, everything in moderation!), but they’re more selectively used, and the description of the product itself is active, and not reliant on fluffy adjectives. Rather than telling how the Neutromatic cooks food, the second example tells us what the product is. Especially when dealing with new products, the audience needs to have a clear mental picture of what you’re talking about.

While adjectives and adverbs can help flesh out a description, they can also cloud it if they’re overused.

Go take a look at your current drafts. What high fructose corn syrup can you cut from your readers’ diets? 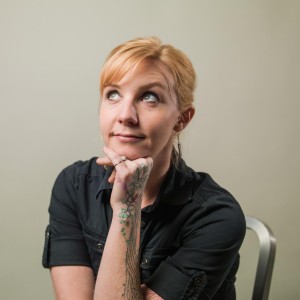