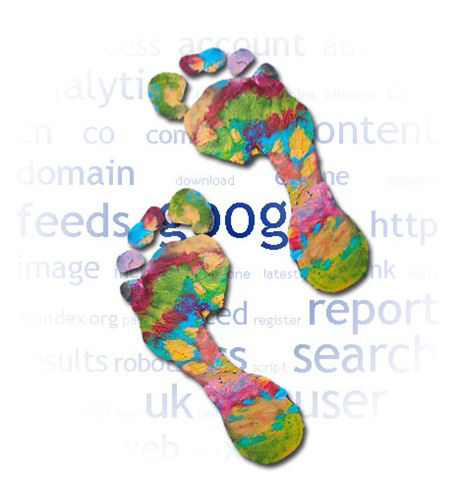 Lovin’ That Story That You Tell So Well – Your Social Footprint

Social marketing used to be just that thing you did; like politicians, business owners would scout the neighborhood, introduce their services, shake hands and kiss babies. You’d talk to people and get to know them; you’d share stories and maybe a cup of coffee.

It was traditional marketing, gorilla marketing, TV advertising, political campaigning, etc. It was getting your name out there or getting known. You made acquaintances, in other words. You were actively involved in marketing your business through your social circles.

Fast forward. Today, all of the above is called social networking and social marketing (depending on who’s talking – some would put a whole bunch more words into defining social marketing, like campaign creation, measuring data, R&D and so on). The difference is that your neighborhood, thanks to the Internet, has billions of people in it. You have a wider reach, and there’s a lot more hands to shake.

– But, you still have to be actively involved.

Can You Hear Me Now?

Is there a right way to use social media? Far be it from me to say “yes” to that question. There are WAY too many variables – the “proper” usage depends on your brand, your target market, how much time you have… as with SEO, there’s no cookie cutter program here.

There are, however, certain approaches that span the industries, such as interaction. You have to interact for social marketing to work at all. You have to be involved. Once you’re involved, you start to care about how it all works out. Some watch numbers religiously, get upset when they’re unfollowed and see their Klout number as a personal reflection of their self-worth.

When you reach that point (almost everybody does), it’s often followed with a light bulb blinking in your head. It’s a personal Eureka moment, where you take a step back and ask yourself, “At the end of the day, why am I even bothering with social media?”

Normally, you’re using it to connect with your customers and build your reputation, right? So you pour out all this good stuff and you wonder… are people really listening? Is this making any difference? Am I wasting my time?

Let’s address these things one at a time:

I’m often surprised by the things people in my social circles are reacting to. Through Twitter, Tumblr, Facebook and Scoop.it, I’ve sent out some amazing links I’ve found that really made me think or react in some way. As a very small example, The Tech Stuff You Use Everyday is Dirtier Than You Think is a great infographic – and it makes you want to wash every gadget you own with bleach. Reactions? Zero.

When I went digging, I found that the most reactions come from links about content marketing, social media and Google (Google is always big).

The point: Just because you think your content is good (and it very well may be), doesn’t mean it’s what your followers want to read. Look at your Hootsuite analytics, check your Google analytics – if you don’t have those, you can even look at the numbers of retweets on your site. Wherever you have to find the data, figure out what kind of links your followers are excited about!

Tool you can use: Social Mention is a good monitoring tool, but it has an added sentiment analyzer. Do people get excited about your content and links? Find out!

Even I wonder occasionally, if I’m not posting things out into nothingness. Yet, just about the time I’ve decided that no one is listening, somebody pops up to remind me that they are. I get a DM or a comment on Facebook. A post on Scoop.it is re-scooped fifteen or twenty times. Our site gets 1,000 visits on a good day. These things seem like flukes, but when they begin to happen often, it becomes a trend.

Tool you can use: Social Mentions does a good job of helping you listen to what people are saying if they’re saying anything. You can easily track and measure what people are saying about your company, products or any topic across the social media landscape in real time. SocialMention monitors 100+ social media properties directly, including Twitter, Facebook, FriendFeed, YouTube, Digg, Google, and so forth. (citation)

Is this making any difference?

The point: We’re at a time and place in world history where one person really can make a difference. Maybe you aren’t going to change the world; maybe you aren’t going to go down in history as “the person who…” Yet, every person you do reach (and, eventually, there will be many) will be affected in some way by your words of wisdom (or stupidity), informational links (or funny ones), and calm professionalism (or raving despotism).

How they are affected builds their perception of your brand as a brand to trust… or not.

Tool you can use: If you think people should be talking about you by now, BlogPulse is a good monitoring platform. You can search for a brand term and check to see if a specific URL is being talked about. Digging around can bring surprising results and point you towards interested followers you may have overlooked.

Is this a waste of time?

If it’s making a difference (see above section), it’s not a waste of time. Shaddup and go social already!

We have a client we’re excited about. They’re really well known and been around for over 100 years. Yet, as we were brainstorming about a content development strategy, we realized – they have no history. Odd, that something’s been around that long with no history attached to it.

This isn’t just a lack of history we’re talking about, though – it’s lack of story. There’s no story behind this client, which has greatly affected how they’re perceived. Sure, people talk about them, but it’s always in passing reference rather than with excitement. For this client, we get to be like Steve Jobs, who didn’t create Apple, but created the excitement for the people using Apple. We get to help people become excited about a product they’ve been using for years.

You have to do the same with your company, product and brand. Ultimately, where’s the magic? Where does “social networking” turn into “business”? If you remove all barriers and open your horizons, there is nothing you can’t accomplish. The magic is you; it’s the brand; it’s the story; it’s how you use the story.

For example, an artist promised to sketch the first 3,000 followers on his Twitter account. Not only was it a cool idea, but he now has over 5,000 followers, and is working on his second thousand (read about this and see four more examples of engaging social media).

Coca Cola Content is another example. The video describes how “the Coca Cola will evolve its approach to the creative agenda on its key brands”. It’s a good video to watch for anyone still wondering if additional content is the way to go.

Both of these are examples of using a story. For Gregg Burney, the story is an artist building relationships through social media and art. For Coca Cola, it’s the story of how a well-known brand grows through creative content use.

The point: a faceless brand is just that – a faceless brand. There’s nothing to touch, taste, feel, sense or connect to. Having a story of some kind – your reason for being there that incorporates the meaning behind your brand – allows people to connect, engage and have a part in that story.

As it turns out, today’s social marketing is just like yester-year’s; you get back what you put in. To have an active social network, you have to be active. You have to learn how to get people excited in your story and your brand. Instead of bragging about your products and/or services, share what people want to read about – pay attention and listen.