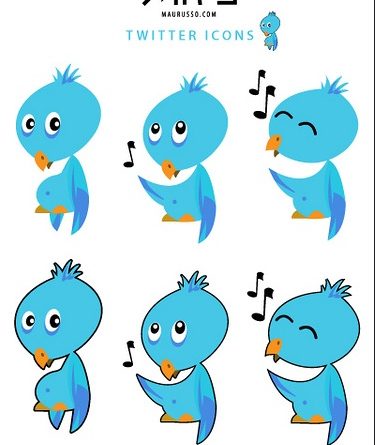 Editor’s note: Due to the large amount of spammers this post series has attracted, we are closing comments. However, we’ve pulled all the posts together into one! You can now see the entire list of fantastic Twitter applications in our free ebook download: 100+ Twitter Applications for Fun, Business and Social Sharing

– And the list continues! Between Part 1, Part 2 and Part 3, we covered 121 Twitter applications for business, fun and social sharing. Today’s Part 4 continues the list with 21 more Twitter apps, from creating polls and translating messages to spying on other parts of the Twitterverse!

Create polls. Why? Why not? You can gather quick information such as the demographics of your followers or have a little fun with a question as simple as “what flavor of ice cream do you like?” Get started with these four Twitter polling applications.

Easily translate messages in multiple languages. As mentioned in the descriptions below, there’s some concern about accuracy. If you need to translate something for business purposes, you might want to use something else; the translations aren’t guaranteed.

Now, there’s a really cool aspect about the following applications. They made me realize how small the world is after all. With these Twitter apps you can find input your location, look for local users, map it, Tweet it and call it a day!

Publish the RSS feed for a personal website or blog on Twitter. Now here is an amazing list of RSS feeds that can really connect you with social networks through your Twitter account. I had no idea these tools were around. Did you?

Whew! 142 Twitter applications and one more installment on the way. Part 5 will cover a slew of applications, from the cool to the decidedly strange. Of course, when it’s all said and done we’ll have to add another one covering all the reader-suggested entries.

I would like to thank Joshua Titsworth (SEO Analyst at Vizion Interactive) for helping me muddle through these applications. You can follow him on Twitter since he is  an avid twitterer as well as blogger. He is passionate about all things Internet related and loves learning about new tools and methods. When missing online Josh can be found hunting shanked golf balls across public courses across Kansas and Arkansas.

Creating Business Brands Through Social Branding – Does Your Brand Matter?

X
100+ Twitter Apps Part 3: Monitor, Analyze, Manage and Monetize…Social Media MarketingEditor's note: Due to the large amount of spammers this post series has attracted, we are closing comments. However, we've pulled all the posts togeth…

6 min
X
100+ Twitter Applications Part 5: Mashup of the Fun, Visual and Bizarre…Social Media MarketingEditor's note: Due to the large amount of spammers this post series has attracted, we are closing comments. However, we've pulled all the posts togeth…