The Right to Demand Your Social Passwords?

Early in the morning on March 6, 2012, the news poured into the online world from MSNBC.com’s Red Tape section. Government agencies and colleges demand applicants’ Facebook passwords, the headline reads. It seems that SOPA and PIPA aren’t enough; it seems the social arena is one area the government, colleges and employers just can’t leave alone. Do they have the right to demand your social passwords?

For years, we’ve warned individuals to guard their social accounts closely. “Employers are including social networks as part of the employer screening process,” we’ve cautioned. “Be very careful what you put on there. Be very careful what you allow your children to put on there. Explain to your kids the necessity of managing their social networks for the future job market.”

We’ve also given wider warnings that add up to, “If you don’t want something exposed to a broad online audience, don’t put it online. Online privacy is ethereal; it doesn’t really exist.”

Of course, our advice has always been based on the idea that employers could only see what you allowed to be seen by the world (unless your friends shared it with a wider audience). In other words, a locked down account won’t tell potential employers much. They could search until the sun goes down, and still only find what you allow public.

According to the MSNBC article, active social monitoring by government employers, college officials and businesses in the public sector has stepped up a huge notch. It’s no longer enough to be able to view your public conversations. They want to be in on your private conversations, too.

MSNBC reports that job seekers for Maryland Department of Corrections have been required to log in and let an employer watch over their shoulders as they clicked through what had previously been considered private. Oh sure, it’s voluntary (hint, hint, nudge, nudge).

As shocking as this seems, the flagrant violation of privacy has been worse. As early as 2008, 22% of 31,000 surveyed employers said they used social networks for candidate evaluation, while 9% planned to use them. 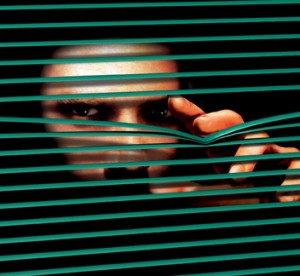 In 2009, the Wall Street Journal blogged about the city of Bozeman, Montana, which, for three years, had required municipal job applicants to turn over their social account login details. According to the WSJ blog, the city’s job applicant release form asked for “any and all current personal or business websites, web pages or memberships on any Internet-based chat rooms, social clubs or forums, to include, but not limited to: Facebook, Google, Yahoo, YouTube.com, etc.”

It wasn’t until a local news station reported on the requirement and outrage ensued that Bozeman put the policy on hold. However, the city stated that, while they may no longer require login information, they may still require individuals to “friend” a city official, so what was posted could still be seen.

In a California case around the same time, a college student wrote an ode about her home town and posted in on MySpace. The California Appellate Court ruled that, because the ode was posted on MySpace, the subsequent reposting of the ode to the local newspaper by a high school teacher wasn’t an invasion of privacy.

In 2010, Maryland’s Department of Public Safety and Correctional Services began the same practice of asking for the voluntary divulging of social media log in information. Again, the practice was voluntary. According to the department, whether the applicant agreed or not wasn’t taken into account at all.

Uh huh. Can you see it? “We want you to hand over your log in information so we can dig through your personal information, but, you know, we won’t hold it against you if you say no.” Sure.

When the ACLU found out, they sent the Maryland DOC a nicely worded letter, which stated, among other things, that the DOC’s “demand for login information is equivalent to demands that they produce all of their private correspondence and photographs for review, or permit the government to listen in on their personal telephone calls, as a condition of employment.” It was only then that the DOC suspended the practice, pending administrative review. 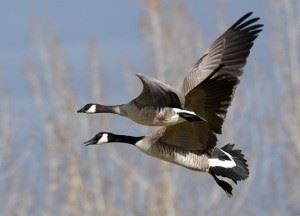 This might be understandable for a government job – maybe. After all, the higher up the food chain you go in government positions, the more problems can arise if you’re secretly a gang member, spy, or have a past as a terrorist. When applying for government jobs, there’s somewhat of an understanding that you’re exposing your lives to the agency you’re to which you’re applying.

However, while government jobs may be one thing, what about colleges? According to a February 2011 article on Time.com, a survey reported that 82% of admissions officers used Facebook to recruit. Not a big deal, right? It’s just recruiting.

However, a more recent survey, as reported by SFGate.com, points to a bigger issue. About a quarter of scholarship providers who responded to the survey said they use online sources, including Facebook, to screen college scholarship finalists.

This takes us all back to the MSNBC.com article, which shares a tidbit of the University of North Carolina’s recently updated handbook:

“‘Each team must identify at least one coach or administrator who is responsible for having access to and regularly monitoring the content of team members’ social networking sites and postings,’ it reads. ‘The athletics department also reserves the right to have other staff members monitor athletes’ posts.'”

Isn’t this going a bit far? Isn’t this, just like a request for passwords, an invasion of privacy? Believe it or not, it can reasonably be argued that it isn’t. 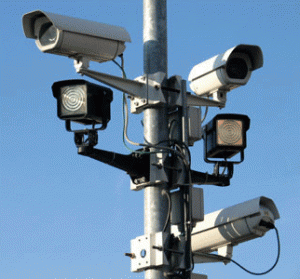 That’s right. The invasion of privacy is seldom actually addressed in the U.S. Constitution. The First, Third, Fourth, Fifth , Ninth and Fourteenth Amendments, most often cited as “right of privacy“, only account for certain privates rights. They aren’t, as many people assume, a blanket set:

The closest amendment to deal with the Facebook issue is the 4th Amendment, but it still has a fair amount of maneuvering room. For example, are your Facebook posts considered papers or effects? Can requiring a college student to “friend” a college counselor be construed as unreasonable search and seizure? –And, while your Facebook posts may very well keep you from a scholarship or employment, can they be considered incriminating evidence?

Social Media on the Horizon

All of this raises serious questions, the number one being: “Should a serious college or job applicant drop out of the social arena all together?” As well, the news hit the wires less than six months after Jobvite released a November 2011 survey and infograph (The State of Social Recruiting in 2011). The survey states that 89% of U.S. companies will use social recruiting, while 82% of job seekers use social networks.

Quite simply, the recent developments in social media monitoring by the government, employers and colleges demands you start taking your social account use seriously. If you thought Google pulling all their privacy policies together into one was bad step in the wrong direction, you ain’t seen nothin’ yet.

The Right to Demand Your Social Passwords?

6 min
X
Repeat After Me: “Target. Market.”BrandingRecent truth. A client came to us with a business strategy; their biggest concern was finding a copywriter familiar with the language usage of their t…