Has Google Gone Evil or Is It Just Wicked Smart? Laura Crest explores the motivation of Google behind various recent changes they've made...

Seth Godin’s recent post “Is Google jumping the shark?” got me thinking. A lot.

In his post (and I liberally paraphrase), Godin cites Google’s betrayal of its signature “don’t be evil” policy with a couple of its more recent, notable offenses. Specifically, he points to its being found to have circumvented privacy settings to hack into and steal user data, and to its recent announcement that it intends to sell the names and faces of Google+, YouTube and other Google service users (that endorse or +1 companies and their products/services) to advertisers – and as originally drafted, without those users’ knowledge, much less their consent.

My immediate thought was yes, Google has most definitely jumped the shark here. As an online publisher and SEO copywriter, its complete eclipse of organic search data to all but its advertisers is one thing. But as a user? Well, that’s just not right. Anyone up for Yelp and Duck Duck Go?

The larger point Godin makes is the conundrum inherent to profit-seeking public companies: staying true to their original, customer-serving and branding mission versus literally selling out to advertisers for immediate financial wins to appease their stockholders.

So has Google gone to the dark side? Or is it simply behaving as any other (wicked) smart public company? Or, as Godin suggests, are we perhaps watching (and involuntarily dealing with) an internal company schism playing out?

It seems Google has ballooned into a search and social cyber-bully that has the online industry saying “Thank you, Sir, may I have another?”

Okay, maybe a stretch, but as the largest search engine on the planet, Google has had its way in favoring advertisers over publishers, marketers and arguably, users.

Referring to Google’s recent muscle flex with its ‘Not Provided’ search data blackout to all but its advertisers, Danny Sullivan wrote in “Google’s Plan To Withhold Search Data & Create New Advertisers”:

How do you convince a bunch of publishers to buy ads on your service? If you’re Google, how about withholding data from those publishers about how people are finding their sites, as a way to drive them into your ad system?

In the interest of weighing the evidence, there are other voices in the industry (such as Thom Craver) that advise search and SEO pros to stop whining and do their job.

And Sullivan does mention a work-around for search and SEO pros that only requires signing up for an AdWords account and creating an empty campaign. (That, or deal with Google’s Python script).

Sullivan also alludes to the point that Godin made about the inevitable internal power struggle between branding and advertising sales departments, saying while he didn’t think Google has deliberately withheld search terms to publishers to push AdWords, “…the search team couldn’t veto that department’s decision.”

Then again, Sullivan notes that Google’s defense against accusations that its actions are in the interest of increasing ad revenues are weak, at best. At worst, Google “…is forcing publishers into its ad interface to get information about their ‘non-paid’ listings…” and “…suggests an attempt to upsell people on the idea of buying AdWords…”

Taking a Page from Facebook: The G+ “Shared Endorsements” Angle

Remember the kicking and screaming that went on when Google+ was forced down the industry’s collective throat? Eventually it subsided, as even the most reluctant of online publishers and marketers were forced to either embrace Google+ or effectively disappear from Google search.

And of course, there are definitely upsides to using Google+, such as Authorship, its live “Hangouts” feature and G+ communities. But for many, it felt like a coercive “join or face search oblivion” strong-arm move on Google’s part.

For advertisers, Google will soon offer a golden opportunity to take advantage of “shared endorsements” whereby Google+ (and other Google services, such as YouTube) users’ names, faces, comments and endorsements (plus 1’s) can be purchased from Google for use in online ads.

According to a report in The New York Times:

When the new ad policy goes live on Nov. 11, Google will be able to show what the company calls shared endorsements on Google sites and across the Web, on the more than two million sites in Google’s display advertising network, which are viewed by an estimated one billion people. If a user follows a bakery on Google Plus or gives an album four stars on the Google Play music service, for instance, that person’s name, photo and endorsement could show up in ads for that bakery or album.

As Greg Sterling writes in “Google Launching ‘Sponsored Endorsements’ – User Ratings, Comments, Likes Integrated Into Ads”, Google has learned from Facebook’s “Sponsored Stories” ads lawsuit and updated its terms and conditions to allow Google+ users to opt out of being included in online ads (but not in other places such as Google Play).

And now that Google has amended, er, updated its “Sponsored – er, Shared – Endorsements” terms to allow users to opt-out before the fact – like any credit card company or bank does in that fine print privacy clause before it goes ahead and sells your name and contact information to their “partners” – it isn’t all that creepy, is it?

One could argue that Google is just behaving like any other savvy big corporation, knowing it harbors a gold mine in user social endorsements just dying to be converted into a revenue stream.

Now, this “Shared Endorsements” user data sell-off does seem to fly in the face of Google’s user privacy defense in encrypting all of its search query data – again, except for those with AdWords accounts.

As Danny Sullivan states in “The Questions Google Refuses To Answer About Search Privacy”:

Do a search on Google, click on an ad, and what you searched for is transmitted to the advertiser, along with your IP address, leaving you open to being targeted for ads based on that term in the future. This has been a loophole since Google’s first ramp-up of Google Secure Search in 2011. It never offers a decent explanation for why it does this.

So how does selling off users’ identities for ad integration square with protecting their privacy? Google recently made opting-out a clear and real option on its home page, carefully explaining how its sponsored stories work and how to opt out. Apparently its legal department has been busy.

But what of it being found to have worked around privacy settings to hack into and steal user data?

Even if we are indeed just witnessing an internal battle between Google’s own advertising and branding/consumer advocacy departments, it seems to me that the evidence does point to Google coming precipitously close to going over to the dark side – beyond its dark search, and beyond just being wicked smart.

What are your thoughts? 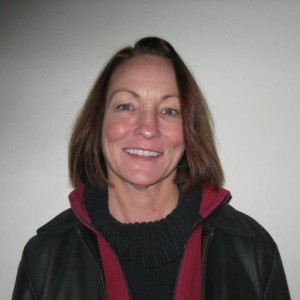 Laura J. Crest was a freelance SEO writer and consultant who worked with Heather Lloyd Martin on SEO copywriting projects. She specialized in website content, blog content, press releases, article writing, and other SEO writing tasks. She wrote content for a variety of companies and industries, including real estate, health, home improvement, and finance. She was an active member of the SEO community and wrote for various blogs, forums, and publications.
All Posts

Has Google Gone Evil or Is It Just Wicked Smart? Laura Crest explores the motivation of Google behind various recent changes they've made...

Laura J. Crest was a freelance SEO writer and consultant who worked with Heather Lloyd Martin on SEO copywriting projects. She specialized in website content, blog content, press releases, article writing, and other SEO writing tasks. She wrote content for a variety of companies and industries, including real estate, health, home improvement, and finance. She was an active member of the SEO community and wrote for various blogs, forums, and publications.
All Posts