Surveillance Technology now and in the future 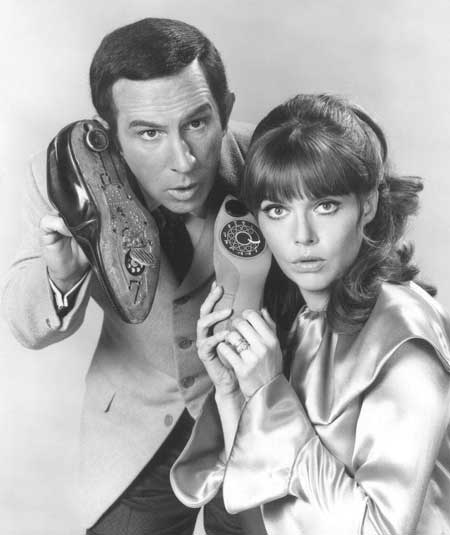 This article is a basic 101 on what’s available in surveillance technology field today and where technology is allowing us to go in the future. I am sure you have heard of some pretty amazing things when it comes to criminals being caught by surveillance cameras. All you have to do is watch TV there you can witness shows like world’s dumbest criminals to crimes caught on video’s.

If you are my age (49)  you look back and remember things like Get Smart gadgets. They had things like a phone in a shoe, cameras on tips of pens, and stopwatches doubling as radars, and of course your necessary Russian spy finders. Okay so maybe that was a few years ago and whether these gadgets work or are used today by private investigators is another story. Keep in mind the reason why these gadgets have become more sophisticated is crime has become harder to detect when on the Internet.

However with the Patriot Act one cannot help but wonder how busy Uncle Sam really is and how much we as a nation don’t really know. Suffice it to say surveillance technology is making it easier, to deter and catch sophisticated crimes from ever becoming 100% successful.

The surveillance equipment technology is advancing at an extremely rapid pace that even I cannot keep up with this field. These days, surveillance equipment is present in almost all the public schools, retail stores, airport terminals and gas stations in the Unites States. There is a huge variety of surveillance technology, which is available in the market. Surveillance gear ranges from Internet based equipment and wiretapping phones to state of the art facial characteristic recognition mainframe software called biometrics.

Surveillance gear makes the world considerably more convenient for people who help in protecting other people and their belongings. It’s used as a tool to put criminals away or set them free. This of course makes it very complicated for people who want to commit crimes. More and more people are reaping the benefits of surveillance technology since this advanced equipment is becoming easily accessible to the general small business owners and the public. I am sure you have seen these parents that set up nannies or housekeeper. I mean really what is this world coming to when you cannot trust your own housekeeper?

The Importance Of Surveillance Technology:

The fundamental concept of surveillance equipment in the work place has become an unspoken law, or they have video’s blaring right at you. There is no doubt it helps in scanning people thoroughly. The essence of it is, that criminals, bank robbers, and shifty employees etc. will have to think twice before planning to commit a felony. Especially since they are seen and identified. If you are a criminal with ethics (oxymoron) then you know the old saying “you do the crime you pay the time”. It is impossible for a surveillance camera to scan everything simultaneously however when it does pick up unlawful activity, it provides a huge amount of help to the police and the security in distinguishing the offenders.

These days the highly sophisticated surveillance gear operates in the same manner thus preventing crime. Several small businesses in an effort to save money generally set up dummy surveillance cameras that actually do not scan anything. They do not even work but they act more as a defensive measure against potential assailers.

One key reason for the use of surveillance gear is to actually deter criminal acts and secondly, if they do occur the surveillance footage is a paramount tool in finding out who, when and how. Lets face it there wont be denying it was you on the video, especially if you work there. The only difference may be that internal security will decide whether to use it’s legal policies such as firing you immediately to prosecuting you to the full extent of the law. Basically offenders will find themselves without a career, or in prison for life in some cases. But that’s another article.

Doesn’t that leave honest people wondering why crime has been escalating? It’s called the rich get richer and the poor well you know the rest. As a private investigator in New Hampshire I get cases from all over the north east, amazingly most are solved with the use of sophisticated equipment and great investigative work.

Surveillance Technology now and in the future

3 min
X
Google Rankings: Speed is KeyOnline MarketingGoogle is all about the user experience. The newest addition to their algorithm is no exception. The big daddy search engine announced April 9th that …