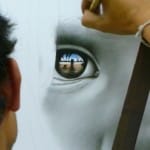 There have been many observations recently about how authority is creeping deeper and deeper into our online world. It’s not really new – it just seems to be receiving a little more attention lately. Google confirmed in 2010 that not only are links from Facebook and Twitter applied in rankings, but that they had started to consider the authority of the source of those links, as well. In part, that was because of perceived authority.

So I thought I’d share some ideas on building authority, both for yourself and for your business.

First, let me stress that authority isn’t something that can be gamed to the extent that links have been. Think of it like letters of recommendation for a job you’re interviewing for. What do you think would be more effective and convincing, if you were applying for the position of aide to a Senator in your state:

Trust me… #2 isn’t nearly as likely to get you to a second interview. Or for that matter, even the first.

Authority flows much the same way, although it will be much less formal than those letters. Usually, it will be no more than online interaction. though that make take place in a number of ways – some of which will probably carry less weight than others.

So I thought I’d share some ways in which I see this building of authority, as a process. Some of it is already well established technique and some of it is conjecture, based on common sense. The extent to which it will impact you or your brand is open to debate, of course, like most of Google’s inner workings. None of it, however, can do you, your business or your site any harm, if used properly.

Oh… and it isn’t really entirely new –  we’ve all heard of branding, engagement and citations… this sort of wraps them together in one package and solidifies the benefits a bit.

How it “may” work

Here’s how I see this working:

Now, remember, I said there’s a certain amount of conjecture in all this, but stay with me…

Let’s say that Dr. Michio Kaku, a prominent theoretical physicist, sees my comment on a physics forum and responds to me. We go back and forth half a dozen times, and he ends up following me on Twitter and even comments on my physics blog.

Since Dr. Kaku is a highly respected man in physics circles (he’s the co-author of String Theory), it stands to reason when he decides to pay attention to someone (or something), it might lend some credibility to that person (or page). So his repeated interaction with me, or following me on Quora, might allow just a tiny bit of his credibility to rub off on me, just as his comments on my physics blog might pass some authority to it.

Of course, if his comments were placed on my SEO blog, they wouldn’t carry much weight. He probably knows as little about SEO as I do about quarks, so there’s no relevance. He doesn’t have any SEO authority to offer and my SEO blog doesn’t deserve any physics authority.

Now here’s where I think it gets a little more complicated. Supposing for a moment that the good Dr. found my physics-related comments so enlightening that he was drawn to strike up a conversation and pass me some of that wondrous authority juice of his. That would supposedly give me some aura of authority (in the physics niche) which I could share a bit of with others in that niche via our interactions.

But the next morning, when I stop by and comment on someone’s cooking blog, that physics authority would be next to worthless. Quarks are pretty hot stuff, after all, but trust me, they don’t do a darned thing for a fondue or a  French pastry.

So authority must be niche-specific, whether we’re talking about people or pages (both of which are just entities, don’t forget). And if that’s true, then any authority I might have would have to be categorized. In my case, my interests are politics, SEO, physics, country music, law enforcement, business management, journalism, car restoration, and more. Crap! That could get complicated, keeping all those pockets of authority segregated.

Incoming and outgoing authority would have to be applied to the right areas, which complicates things quite a bit. Then, there would probably be instances in which some sort of aggregate authority might be handy. All in all, a fairly complex process, that I suspect might call for an algorithm that could dwarf any other single algo Google is presently running.

In your niche, start reaching out. That doesn’t mean just re-tweeting someone, or following behind them like a puppy, leaving “I agree” or “Great point!” comments. Folks that are authorities in their fields aren’t fond of two-legged puppies… they like thoughtful, meaningful discussion and intelligent questions. If you want to brand yourself, try not to pick the brand of an idiot or a camp follower.

You can reach out in social media channels, on forums, on their blogs or other blogs they frequent, comment on articles they write, posts on Google+, in webinars… just make every single interaction with them be the sort of thing that will hopefully  make them think you’re worth interacting with. Make every tweet and comment count, as though it was your one and only opportunity.

And don’t pick out just two or three prominent individuals in your field and stalk them! That’s a recipe for disaster. If you’re not already reading a LOT of different sources in your niche, START! And never stop! You’ll bump into more people, many of whom will have knowledge to share.

Which, of course, will be of tremendous benefit when you’re trying to say something interesting and intelligent. Because you’ll have learned something with all that reading.

Who knows? Given a little time, you may become an authority yourself, and find people reaching out to you.

All of this can affect your business name and your website as much as you, personally (again… all are entities), so everything you publish should be as carefully crafted as any comments you drop here and there. Maybe you’ll gain a comment from someone with some authority, maybe they’ll even link to you. One thing is sure, though… if you get lazy and publish garbage, the impression you give won’t be the sort to attract attention.

I don’t think links are disappearing. And I don’t think PageRank is disappearing, either, at least not yet. But I am sure that Google is leaning heavily toward a more authority and relevance based approach to assigning rank to entities.  And I think they would dearly LOVE to be able to do away with all the gaming of links and PageRank that’s been plaguing the Internet for years. This could be a big step in the right direction.

6 min
X
Creating a Successful SEO Elevator PitchBrandingAs a young person working in the Internet industry I get asked what I do a lot (most people think this is interesting stuff, believe it or not). At fi…