If you’ve had your own website for very long at all, you’re probably painfully aware of how many fly-by-night SEOs and marketers are ready to stuff your inbox with spam, hoping to separate you from your money. Once you’ve been around a relatively short time, the amount of garbage you need to cull from your email traffic each day begins to swell… usually accompanied by confusion, disbelief or anger.

Some will guarantee first page SERP placement, many will promise to gain you tons of traffic with what we in the industry call craphat tactics… things like adding you to “over 500 search engines” or “more that 1200 directories”. Other tactics, vaguely described as “relevant link building”, “quality guest blogging” or “exclusive content network” are often cited as the proposed techniques for making you financially secure.

Granted, some of them are amusing, particularly to those of us who realize which tactics are outdated or downright toxic. But what isn’t funny is hearing about the innocent webmasters that fall for such tricks, presumably because the price is so low. When their site is penalized, their “expert” suddenly fades on them.

There are some red flags to warn you of some of the more egregious offerings. Here are just a few of the things you should look out for, if you’re considering hiring an SEO or digital marketing consultant.

Anytime a self-proclaimed expert claims he can deliver substantial results to you, with virtually no knowledge of your site’s history or market, you’d be well advised to ask (at least, of yourself) some pointed questions. While there are tools around that will allow someone to check out a site they don’t own, I have yet to hear of any reputable practitioner that will invest that amount of time and energy into what is essentially a cold-call. It just doesn’t make sense. So ask yourself, are they possessed of super-powers? Are they an idiot? Are they a liar, betting that you don’t know any better?

Or maybe they’re just banking on you being an idiot.

If you’re cold-called by someone claiming to be able to get you onto page one within 2-3 weeks, you might naturally wonder “for what terms”. It’s a common trick to supposedly satisfy such promises by getting a page to rank for terms that have zero to very few searches per month. When you specify some key terms that actually have some competition and search volume, you’ll often see these cockroaches scurrying for the shadows. 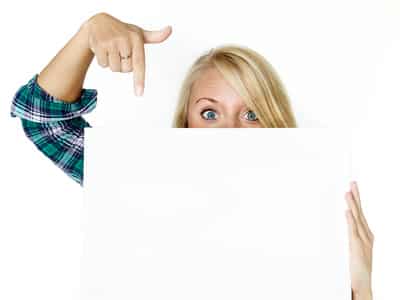 “We have hundreds of satisfied clients” doesn’t mean much without verification. If they’re that satisfied, at least some of them will probably be willing to speak with you and share their experience. Don’t put any stock in testimonials on the spammer’s website… those headshots and flowery praise may be a figment of their copywriter’s imagination. And if they do connect you with one or more of their clients, don’t assume that it’s not just a friend doing your spammer a favor.

Just a word to the wise… screenshots aren’t always reliable, either. A bit of Photoshop experience can easily let them show you whatever story they want to conjure up.

If they propose a theory for a “new tactic” that is sure to pass muster with the search engines, bringing you oodles of qualified visitors, maybe they’re onto something… or maybe they’re just on something. Find out what they base their theory on… get links to the statements by the search engines that led them to their conclusion… assess the risks and the benefits for yourself.

There’s nothing wrong with new theories – sometimes they can work wonders. But they can also wreak havoc if they’re poorly thought out. Before you entrust someone with your livelihood, you’ll want to be sure they’re in the habit of making sound decisions, based on solid evidence.

Those of us that spend hours every day, staying up to date on what does and doesn’t work, what might trigger an algorithmic slap or a manual penalty, find the “secrets” that some craphats brag of especially amusing. To be brief, there ARE no secrets in this business. So anyone that professes to possess some secret sauce for success is just trying to get into your pocket. The only success they’re interested in is their own… at your expense.

This probably sounds negative, as though everyone pitching SEO or marketing services is out to screw you. That definitely isn’t the case! I know many SEOs and marketers that place their clients’ welfare ahead of their own (as it should be, for any consultant, in my opinion). Unfortunately, though, there are some that only care about your money, and those are the type we’re warning you about here.

Take what you’re told with a grain of salt. Ask questions, investigate, talk to others… then make an informed decision. You wouldn’t let the first doctor that claimed to know it all operate on your child – why would you be less discriminating of who you let touch your business?

Things change too often and too quickly for us to tell you what to think is the best technique for your site so we prefer to tell you how to think. We think that’ll work out better for you in the long run. 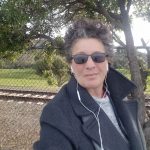