I’m sure you’ve all found yourself faced with the necessity of having to deal with some hard-head that just seemed determined to be difficult. No matter how logical your position, or how illogical their own, they refuse to see reason or accept any opinion other than theirs. 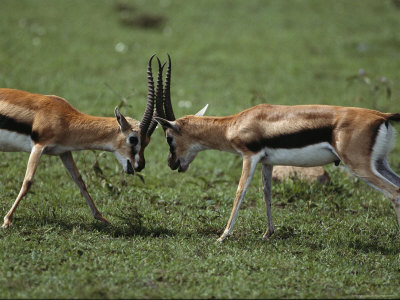 They may be a supplier, a customer, a co-worker or the other person in a fender-bender. Regardless of who it is, it’s frustrating to try to communicate with someone that’s only interested in what THEY have to say. Why do some people do that? I imagine they’re probably just obsessed with winning. The secret is to make them think they are winning, even if they’re not.

Communication has to be a two-way street. If one party refuses to listen, then it’s not communication. Here are some methods that can sometimes defuse the situation, and get a dialog flowing, though.

One method that I’ve often used, once it becomes obvious that the other party has simply dug in their heels and refuses to hear my opinion, is role reversal. I start out with something like, “From what you’re saying, I can understand why you might think that”, or “I suppose I might feel the same in your position.”

That usually gets them to at least pause for a moment, and hopefully calm down a little. I then follow it up by accurately repeating “what I understand” of what they’ve been saying to me. Often, upon hearing it repeated to them, they’ll actually start tearing down their own statements! Then I’ll ask them what they think would be their opinion, if they were in my shoes. At that point, they’ll usually revert to trying to tear down MY opinion, so I let them, maybe injecting a probing question now and then.

Usually, they’ll begin to see a little reason in my viewpoint, and I’ll offer similar support to some of their points, just to keep the dialog moving. We can usually arrive at a compromise, or at least, an “agree to disagree” position that we can both live with. If a standoff continues, as it occasionally does, the best you can hope for is a walk-away, with no resolution. That’s usually better than coming to blows.

The key is, there has to be two-way communication or there will never be any agreement. And the best way to get someone to listen is to get them to talk about what you want them to listen to. They may be able to tune YOU out, but not many people can ignore themselves.

Another method is to simply defer the situation until everyone’s calmed down. You might say something like, “I think we both may be getting too emotional right now. I can see why you think there’s some merit in your argument, but until I calm down, I don’t think I can be objective enough to give it the thought it deserves, and I want to keep an open mind. Why don’t you recap your points for me one more time, so I can absorb the details, and we’ll get together tomorrow, so we can work this out?” 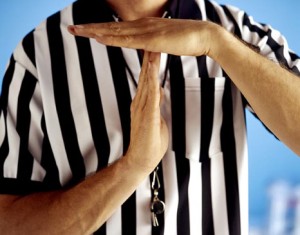 Here, you’re hinting that they may have some valid points, but you’re not really committing to anything. You’re just getting a time-out, which will help to defuse the situation, while at the same time, you’re telling them that you want to work it out, and you’re giving them some hope that you might be swayed. In my experience, most people will go along with this.

Notice that I did say “most”. There’s the occasional hard-head that will just insist that he wants to deal with it “right now!” My response to that is, “Go right ahead. And I’ll do the same. Then, we can compare notes tomorrow.”

Having some hard-headedness thrown right back at them doesn’t always please them, but my attitude is, if there’s going to be any hard-headedness employed, it’s going to be on MY terms. Like any negotiation process, the key is to be in control. Lose that and you’ll lose the entire process.