Influencer marketing is a huge catch phrase; there’s no denying that. The term went from being lightly talked about in 2013 and ‘14 to being one of the top buzz phrases today. There’s one glaring reason why it’s such a big deal, though, and that’s because it works.

Although there are many reasons influencer marketing should be a part of your marketing strategies – at least occasionally – today we’re going to cover the top three.

1. The ROI of Influencer Marketing is HUGE

ROI is a big thing. It’s the biggest reason we do what we do as business owners, right? To see our return on investment double, triple, etc. Growth, yeah?

Influencer marketing is all about ROI.

Let’s look at an example. Back in 2015, Lord and Taylor used Instagram for influencer marketing. According to AdWeek, the retailer got 50 influencers to post a picture of themselves wearing the same dress. The dress sold out and their social skyrocketed. You can read the details in the AdWeek article. Long story short, it was a rip-roaring success. Yes, the Instagram influencers were compensated, but how much more might they have spent on high cost television or magazine ads?

The “how” of that is the second reason this form of marketing should be in your powerhouse. 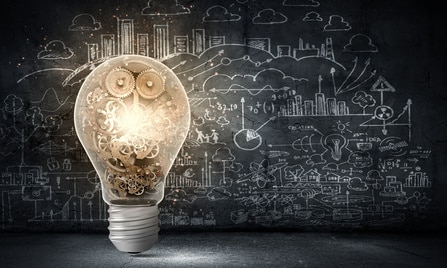 It has major hang time. As the case study points out, traditional ads only last for so long. You run them for a month, two, maybe six, but eventually you shut them off. Influencer marketing campaigns go on, and on, and on.

For example, today, right now, you can still go to Instagram and see the posts from the Lord and Taylor campaign. So you have a one time investment for, literally, months of return.

Influencer content stays online unless the site goes down. While that happens, it’s rare that it happens to all of your influencers at the same time. So you actively run the campaign for three months. Six months later that content is still up and still doing it’s job of bringing in people. A year later, and it’s still bringing in people.

You can’t get that kind of residual ROI with traditional paid advertising.

It’s marketing on steroids. Why? Because influencer marketing uses word-of-mouth (WoM), and the people that are talking are, by definition, influential.

And if you were able to talk the President of the United States into endorsing a product… phew. Who knows the returns on THAT influencer… (yes, we dream big)

Influencer marketing isn’t new. It’s been around since at least the 1700s. -And the reasons it’s stuck around is for the same reasons we covered today: great ROI, residual return and powerful effects.

So here’s the question. If you knew there was a form of marketing out there that could bring in 2x the return on your money, are you neglecting your company if you ignore it? We think so.

Influencer marketing works. Let it work for you!