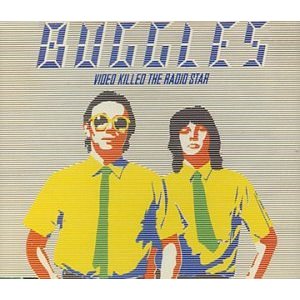 Social media killer You know that song Video Killed the Radio Star? Someone should have been making sequels.

You know that song Video Killed the Radio Star? Someone should have been making sequels. We could have had Facebook Kills the MySpace Star or YouTube Kills the Quicktime Movie Star. Or maybe just the Internet Kills All the Non-Internet Stars.

With Facebook becoming more ubiquitous by the moment and SEO becoming the go-to formula for long-term internet success, will they soon leave behind other forms of marketing and advertising?

-And, why has the Internet taken over? Simple. Its widespread accessibility, ease, and entertainment factor make it a desirable destination for just about anything.

The Age of Internet Marketing

Just as technology changes, the way we use it changes as well. Websites used to be all businesses needed for recognition on the Internet, but now that’s not enough. The way we once used internet marketing is coming to an end.

Sales and marketing have changed over the years from selling just products to selling the ideas, lifestyles and image that come as a result of using their products. This monumental shift means that advertising on the internet became key for reaching a target audience and for putting forth the cutting edge image that puts customers in a buying mood. What monumental shifts can we expect in the coming years?

Though it may have started off slow, Internet Marketing has taken off. Facebook now garners more weekly traffic than Google. If Facebook were a country, it would be the third largest in the world behind just China and India.

The Rise of Social Media

Ubiquitous social media sites like Facebook or Twitter mean that businesses of all sizes promote themselves online for free and this trend will only continue in the future. Businesses no longer need a domain name, fancy website or full-time graphic designer. They can create a Facebook page or Twitter account and easily be found by anyone looking to engage with their brand.

Social media makes it easy to establish the online presence of your brand. On Facebook or Twitter, giant companies like Coca-Cola or Johnson & Johnson are on the same playing field as Fred’s Froyo Stand or Natalie’s Nail Salon. They have to generate followers, of course, but the basic bones are the same.

In the next 10 years, 40% of our current Fortune 500 companies won’t be around anymore, which is mind-boggling to think about. The future of business is difficult to predict, but as more arise and as it’s easy to get exposure, what’s the best way to stay on top?

With everyone fighting for digital relevance through social media and more archaic forms of Internet marketing, what’s to be done to beat your digital competitors? The answer: SEO.

Many companies like to think they don’t need SEO to be found. But, the history of changing Internet trends suggests otherwise. Businesses have been told over the last 15-20 years that they needed websites, blogs and social media sites. Many didn’t listen at first, but soon realised their blunders. This pattern is now becoming the case with SEO.

With the rate that search engines Google update their algorithms, the only way to stay ahead of the game with a digital presence on Facebook, Twitter, WordPress or anywhere else is through the use of SEO. If people can’t find you online, your business will not flourish.

So, what does all this mean? Will social media and SEO really trump other forms of media advertising? While there is no way to predict the future with absolute certainty, following the cues of history tell us that SEO is going to be the next big thing in Internet marketing. Soon, Facebook pages, Twitter accounts and websites won’t be enough to help potential customers find you on the web. Like it or not, the future is now.

Megan Brown is a social media networker at Slingshot SEO. She also blogs on various subjects, from sports to lifestyle topics. Keep up with her on twitter (@thatgirlmegan) or check out her personal blog.

Social media killer You know that song Video Killed the Radio Star? Someone should have been making sequels.