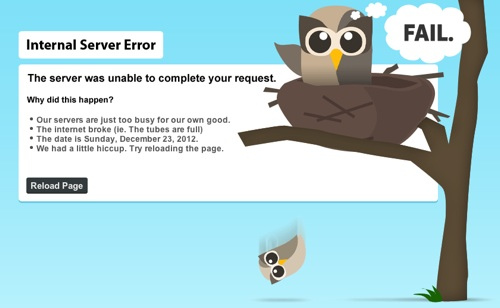 Many people spend time talking about what you say when you’re using social media.

Most of the ways to talk with people are right in front of you, in this little electronic box; we’ve all embraced social networks in one way or another. I’ve been chatting away with virtual strangers for years, whether in chat rooms, through instant messages and even with AOL. In fact, people have been communicating virtually with others now for more than two decades.

To be honest, I started writing this post as a rant about HootSuite. However, as a marketer, blogger and writer, it also gave me something to ponder – something I can really sink my teeth into and, hopefully, something useful to share with our readers.

You see, I’ve been promoting HootSuite’s services to everyone I meet. I’ve been a constant cheerleader; you can ask any of our clients, writers, designers, etc. I’d have tattooed “I heart HootSuite” on my arm if I could have.

Their cute logo had me from the start, but I’ve also been using it for over a year. I’m very comfortable with the dashboard and ease of use. 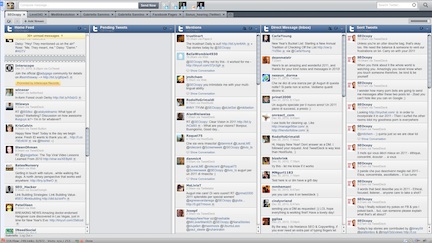 But, alas, one day I was scheduling some posts for my weekly to do list and decided to look up one of their features. It’s called Insight. To my surprise, it was fuzzy. I couldn’t see what I could see just a week ago – unless I paid for the feature.

What? Pay? Why am I paying for information they’ve been gathering from tweets and personal information I’ve voluntarily given them?

This is like Facebook. It’s worse than Facebook. I expect this sort of thing from the big FB; it’s become part of their brand. After all, they had the online, social world up in arms about privacy and showing your personal information for the entire world to see. It was as if Facebook took pictures of everyone’s underwear drawer and waved them about.

My goodness. There was a frenzy of articles flying around cyberspace. A large, mass exodus was planned… but I’m not writing about Facebook. Sorry, I digress.

What really burns me about the “Insight” feature is this is something I’ve been asking them about for about 6 months now. “Why is my Insight messed up?” or “Why isn’t it functioning like it’s supposed to?” Their response was always, “We’re working on this feature. We’ll let you know more real soon like.”

They let me know more, alright… 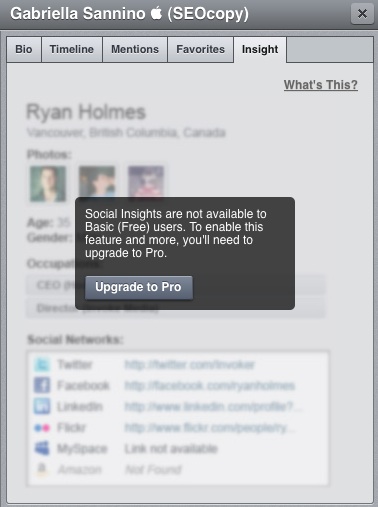 They let me know more by telling me to pay for it. That’s a huge #fail, Hootsuite. You could have said, “It’s a paid feature, but we’re working on it.” Be honest about it.

Now, just like anything else in life, you’re not going to be liked by everyone. For example, personally, I’m a little bit pissed at Hootsuite for yanking me around for six months. However, I’m the first one to say (after years of therapy) that if you don’t like something or have no control over it, stop bitching and find something else.

Voila. I left this nice, clean interface with it’s oh, so cool statistics options, multiple users in your dashboard, etc to find the best way to communicate with everyone.

Moving On to TweetDeck

As the next platform to try, I’ve settled on TweetDeck. So far, I’m not sure I like it. However, all the services work; that’s a plus. Now, if the services break and then they hit me up with an “upgrade to pro” button once they fix it… bye bye TweetDeck. 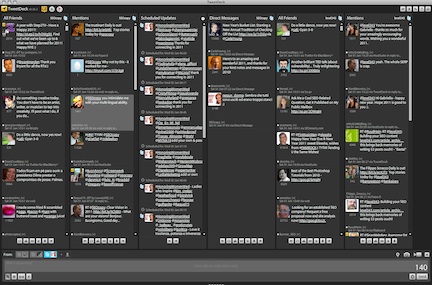 You can’t use ♥ ▸ ✔  ♫ ✈  with TweetDeck, and that sucks. Sometimes, these cute symbols just get a feeling across better than any text can. Granted, some may not be able to see them. I get that, but it’s part of who I am and part of my conversation. Yeah, sometimes I want to ♥ someone. It saves on writing it out, and with only 140 characters, you have to be smart.

The live feed is way too fast. I’ve been told you can slow it down, but I couldn’t find it. I went to the settings and removed the Twitter updates; it didn’t help. I was also told that I may be following too many people.

Ummm… Excuse me? I’m afraid I don’t understand what you’re saying. What kind of option is that? “Hey, if Tweetdeck is running too fast, stop following people!” Brilliant! Why didn’t I think of that?

Oh, right – because I’m using Twitter to connect, engage and list. Yes, I scan through my feed, but I’ve gained some fantastic knowledge from the people I follow and I don’t want to give them up… and, apparently, that’s the problem.

Every time I saw something I wanted to read or click on, the feed was going so fast, I’d accidentally RT someone other than the intended person. Frustrating doesn’t even come close. I finally gave up and stopped trying to RT people. I’m sure my Klout score suffered in the process.

I do like being able to use Tweetdeck without needing your browser. Okay – that’s cool, especially considering that sometimes people have way too many things going on. I also like that you can see when someone RT’s your content or post on your mention feed.

The User Interface is nice and centrally located under each column. You can specify your follow feed into lists, which may or may not be a bad idea if you’re focusing on different target markets each week.

Is Tweetdeck better than HootSuite? Well, I’m not sure yet. I’ll let you know if I have to move to another platform in a few weeks or months.

I’ll tell you what I’d really like, though. I’m on more social networks than I can count and legitimately participating (there’s a blog coming up about them, too). I’d like:

Is that too much to ask?

Joan Crawford responded to 3 million emails by hand. We just have to figure out how to speak to our mere thousands. Today’s technology gives you plenty of options, of course; HootSuite and TweetDeck are just two of them. However, if you’re going to automate rather than go to each network, make sure you grab the right platform for you.

Many people spend time talking about what you say when you’re using social media.