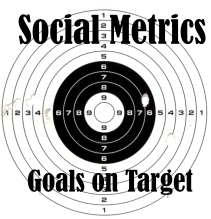 Often, it takes a month or two to see any real changes due to your SEO campaign implementation. However, if you’re moving into the fourth month with a case of “nothing’s happening” blues, you need to make some changes – but what changes need to be made?

Before you started your campaign, you should have created a benchmark cheat sheet. The benchmark is the set of metrics you’re using to define your goals. It answers, “Where am I now”, so you can find out “Where am I going” later on.

For example, if you’re trying to increase your traffic, your cheat sheet should have all the relevant metrics on it, such as:

Don’t forget the benchmark; you’ll regret it later if you do. Because, if you don’t put down where you’re at before you start the campaign, all you’ll know if it goes wrong is.. well, that it went wrong. You’ll play hell trying to figure out where.

If you have your benchmark metrics and set goals (say, you want to rank on the front page of Google for Keyword A within six months), it becomes easier to find out what the problem is.

You can’t really see what’s happening with a site without a comparison to previous months. All you’ll see is an overview: your overall traffic is rising or dropping, you’re getting hits from more keywords, etc. By comparing your benchmark data with your current analytics, you’ll get a much better picture of your site dynamics.

For example, if your search engine traffic drops instead of rises, you need to look at the data for the keywords and meta information changed by your SEO campaign. Compare these changes to your current analytics. It may very well be that your SEO campaign is working well, but you’ve targeted a keyword with little to no search value – i.e. people aren’t looking for it.

So, while your site is now ranking in the top ten position for Keyword A, you’ve lost search engine traffic for Keyword F. Before your campaign, Keyword F may have brought you more traffic because it was searched more often – even if you never intentionally targeted Keyword F in the first place.

You might be tempted to quickly change the keyword focus…

Before you do, however, make sure you really want to. Look at the relevance of Keyword A vs. Keyword F. For example, we seem to be ranking really well for “dead end sign”, because of an image we used for the Article Archive. The chance of anyone hiring us who searched for “dead end sign”, however, is slim to none.

In this case, if A is more relevant than F, you may be getting less traffic, but you’re getting more targeted traffic. Thus, you have a higher possibility of gaining traffic interested in what you’re selling.

Another thing to keep in mind is that the Internet really is like a net. Everything attached to your site can affect how your site ranks, your traffic, your ROI, etc.

We recently had a client who wanted to rank better for some high competition keywords. We started tracking their site and created a set of benchmarks. Right before we actually started the campaign, however, their traffic took a deep dive. Why?

Some of the sites on the outer ring no longer exist, although the link count does. As the index cleans those dead links out, the next ring in begins to suffer. Some of those sites fall off the map and the next ring begins to suffer. By the time the waves got to our client’s site, the damage was serious. It took a bit of work and time to even out the mess.

The moral: A single site linking to yours and sending a large percentage of traffic your way could disappear overnight; the competition is fierce. What you’ll initially see in the analytics, however, is that your traffic has seriously dropped. It’s up to you to dig down into the data and find out you lost an important link – and then replace that link with something else.

In short, nobody said SEO was easy – and if they did, they’re lying. It’s a down and dirty, thankless job full of pouring over data, building campaigns, tweaking campaigns and pouring over more data. However, if you take the time to learn the basics of analytics and creating/tweaking/testing SEO campaigns instead of rushing in to plug a hole, you’re a lot less likely to have a sinking ship.

X
Bing, The Unloved Child, and Facebook, The Next Generation’s Google…Search Marketing (SEO)Seldom do we talk about other search engines at the Article Archive, because Google is the Big Daddy of them all. However, Bing made a huge announceme…

4 min
X
SEO Campaigns and the Ever Essential BenchmarkSearch Marketing (SEO)We’ve all been there. You have this sweet SEO campaign planned out to the nth degree. You’ve put it into motion. You’re sure it’s going to: In…