Digital Culture: The Freedom to Use Reason 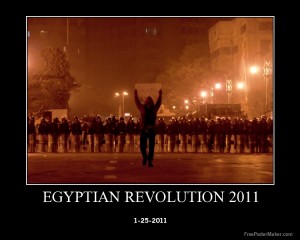 The “Digital Revolution” is the title given to the greatest economic, social, political global movement the world has ever known. It’s changed the way we think; the way we socialize – the way we act.

You’ll get different “how it started” stories depending on who you talk to and when. I have a personal theory, however, that the Digital Revolution is simply a step in an ongoing Age of Enlightenment.

“Nothing is required for this enlightenment except freedom; and the freedom in question is the least harmful of all, namely, the freedom to use reason publicly in all matters.”  ~ Immanuel Kant – An Answer to the Question: What is Enlightenment (1784)

The Industrial Revolution, only another step on the road to enlightenment, opened the world’s eyes to technology and reason stepped in. What reason had to say, however, wasn’t awe-inspiring. It was… realistic. Reason, with burgeoning technology twisting its arm, said, “You know, we can make more money if we could figure out how to mass produce stuff.”

This is enlightenment – a fundamental truth that keeps on giving. Only now, in the Information Age – during the ongoing Digital Revolution – what we mass-produce is information.

The Freedom to Use Reason

Ultimately, digital culture, or the Digital Age, is personified by “the freedom to use reason”. Here in the 21st century, our biggest commodities are reason and information.

Cyberculture and its many facets have been growing since the late 80’s. Online entities have value and influence. We live in a world where “influence” isn’t based on what you know; on the contrary – influence is defined by things like “followers”, “fans” and “klout”.

This trend has increased exponentially since things like microblogging and Facebook have become household words. Nowadays, you have 4 year olds asking their parents to “Google” something. The world we now live in – our global culture – has evolved into a symbiotic cyborg-type relationship of society and technology.

Collaboration at a Distance

Digital culture is built on collaboration. “I copied, I changed, I conquered.” It is because of collaboration that so much has changed in our society. When Kennedy challenged the American people to be the first on Moon, American’s collaborated and met his challenge less than 12 years later.

Without IBM having taken the reins from Atari, computers would not be what they are today. Atari provided the base; IBM improved. The computers of today didn’t come from a single computer by a single company; in the end, they’ve been built on the successes and failures of many computer developers.

Thanks to technology such as email, social media, cell phones, voice and video conferencing, etc, the business world has reached levels unattainable in previous years. B2B communication is possible on separate sides of the world without ever leaving your office. In short, the business prospects are overwhelming.

Reason in the Face of Tyranny

All the things made possible by increases in technology have made life easier – an understatement, but one that is fundamentally true. However, there’s a side to digital culture that is seldom touched on. At least, not until recently.

Those who’ve grown up in the Digital Age have a unique outlook on the world. In general, they believe the actions of one person can make a difference. One person, one vote, one outcry – these things make a difference in an all-together too time-weary world.

It isn’t logical in a world with billions of people. It isn’t reasonable to think a single comment might change the world. It is possible, however – more possible than it’s ever been in the history of man – for such a thing to happen.

Back in 1991, IRC (Internet Relay Chat) was used to break through a media blackout during a Soviet coup attempt. The information might not have made a difference, but this is one of many examples.

More recently, Twitter was considered a fundamental part of the Iran protests in 2009. Protestors in Iran used Twitter to – again – break through an enforced media blackout. In minutes Twitter became the unofficial news source for those in Iran.

A story in Time says, “While the front pages of Iranian newspapers were full of blank space where censors had whited-out news stories, Twitter was delivering information from street level, in real time…”

Most recently, social media played a major part in revolts to dispose the Egyptian leader. In fact, digital culture (and, by fiat, social media) has become so powerful, places like CBS post, “Where Might Social Media Aid a Revolt Next?”

The never-ending, always growing digital culture faces a huge responsibility. We now have the ability to start a revolution through the likes of Facebook, Digg, commenting, etc. We no longer look at the Internet as just a way to make more money. The latest mobile application in the virtual world isn’t the most important thing.

The Digital Age is about making changes in humanity. It’s about building connections, authority and credibility – street cred in 140 characters or less.  Where and how we move forward from here has yet to be fully discovered. What we do know, though, is this: you, the microblogging, tweeting, commenting author, yield the power to raise a whole nation…

Digital Culture: The Freedom to Use Reason

4 min
X
Got Klout?Online MarketingDon’t you just wish you could wave a magic wand and have influence, reputation and love with the click of a button? Wouldn’t that be fantastic? Ev…