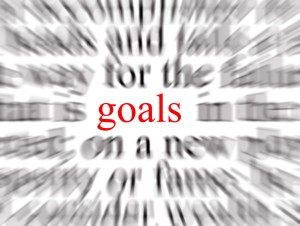 True story: About two weeks ago, I came across a website that listed top SEO companies – well-known SEO companies at that. The website had used a site validator to see how clean the top SEOs’ site codes were. I stared in shock and then started gloating.

Several of the top name SEO companies had more errors than you could shake a stick at – and these people are supposed to know how to optimize a web page. Further down on the page were other big name websites, such as the BBC, with just as many errors.

While sharing this information with my programmer and coding specialist, she made a strange comment. “You know, that’s something I haven’t thought of, running a site validation.” Well, I had the site redesigned shortly before she came on, by a professional designer. I just KNEW our site code would be clean and I could continue gloating.

The first page we ran the W3C Site Validator on had thirty-three errors. Thirty-three! My programmer informed me that, since she had planned on updating the site anyway, these errors could be quickly solved. I took a deep breath and we went on to the next page. Seven-eight errors!

On each consecutive page, error after error was found. I had taken so many deep breaths I felt like I was hyperventilating. She swore she’d clean it up and, after taking one more deep breath, I left it in her capable hands.

A thought occurred to me then, which is the foundation of this blog. “If SEO companies who are supposed to know clean code can have errors like this (and I include mine), what about webmasters that have to rely on outside help?” In other words, if you don’t know programming and you don’t have an in house programmer you can trust, how do you know YOUR site code is… well, up to code?

There’s a programmer’s shortcut: instead of using the whole URL to indicate where a page will pull its content from, they use a series of path codes that look like this:

Unfortunately, this doesn’t sit well and the engines will use this path to redirect to the full URL. It’s messy and it takes longer, which slows down the time it takes to load your site.

The moral of the story:

A website’s code is just a part of search engine optimization. However, it’s a huge part of how your website performs for the user. If you’re not sure how clean your website is, take a few minutes to run it through W3C. You may be surprised how bad (or good) your code really is.

Another great articles about W3C that I recently read was “W3C Validation for SEO? Separating Facts From Fiction” at Springboard SEO